Pope Francis has expressed his condolences for those affected by the wildfires raging in Portugal and Spain.
In a letter addressed to the Bishop of Funchal on August 16, the Pontiff said he was “appalled” by the news of the terrible fires on the island of Madeira. The Pope went on to convey “solidarity and spiritual closeness” with those affected.
He said he would be praying for “courage and consolation in Christian hope” as islanders assess the damage and get their lives back together.
The letter was read out by Bishop António José Cavaco Carrilho at a Mass service. The Bishop added: “We cannot but remember those who have died and express our deepest solidarity to all who have experienced angst and suffering, in particular those who have lost their homes and belongings.”
Fire fighters across Portugal and Spain have been battling with multiple blazes across the region for days. More than 2,000 fire fighters in Portugal had to tackle 30 separate call-outs on Monday alone.
The situation has been made worse by high winds and soaring temperatures. The wildfires have killed at least five people and have forced hundreds to abandon their homes. 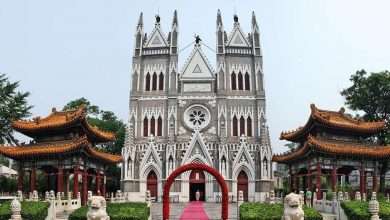