Concluding his series of Wednesday general audiences on the family, Pope Francis said that the role of the family is more critical now than ever.
“Today we conclude our series of catecheses on marriage and the family, on the eve of two significant international events: the World Meeting of Families, to be held next week in Philadelphia, and the Synod of Bishops here in Rome,” the Pope said on September 16, in the words of the official English-language synthesis of his remarks. “In these past months, guided by God’s Word, we have reflected on the perennial value of the covenant between man and woman for the future of the entire human family.”
“In the Creator’s plan, marriage and the family have an essential role in shaping an ever more humane political, economic and social life,” he continued. “This role is all the more critical today, in a society increasingly subject to technology and to forms of economic colonization which subordinate ethics to profits.”
Pope Francis added:
From the beginning, God entrusted His creation to man and woman. Despite our rejection of His original blessing, He continues to watch over our efforts to make this world our common home. In a special way, by the coming of Jesus His Son, He has maintained His promise (cf. Gen 3:15) to bless and protect us in every generation. May families everywhere come to know this blessing!
http://www.catholicculture.org/news/headlines/index.cfm?storyid=26141 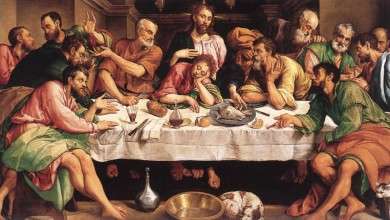 US raise concerns over extrajudicial killings in Philippines