Advertisement
On Monday the latest Pope Francis-inspired initiative for the poor opened up in Rome – a new laundromat, with washing, drying and ironing services for those without a home or a fixed living situation.
“The Pope’s Laundry,” as it is being called, is organized by the Office of Papal Charities, in partnership with the Community of Sant’Egidio, and will be run by volunteers who will wash, dry and iron the clothes and blankets of those who otherwise can’t clean their belongings.
The initiative was born out of an invitation from Pope Francis in his apostolic letter Misericordia et misera, “to give a ‘concrete’ experience of the grace of the Jubilee Year of Mercy,” an April 10 communique from the Vatican stated.
As Francis wrote at the end of the Year of Mercy, the announcement said, “To want to be close to Christ demands to be near to our brothers, because nothing is more pleasing to the Father than a concrete sign of mercy. By its very nature, mercy is made visible and tangible in concrete and dynamic action.”
The service, located in an old hospital in Rome’s Trastevere neighborhood, now called the “People of Peace Center,” includes six brand-new washers and dryers, donated by Whirlpool. Irons, detergent and other products needed for the service have also been donated.
The laundromat joins services to welcome and assist the poor already in place at the location for more than 10 years.
In the next few months, they plan to also add a barber, free clothing, medical clinics, and the distribution of necessities to the Center.
The laundry service follows a string of special initiatives by Pope Francis to serve the homeless in Rome.
In 2015, Francis established showers, bathrooms and a barber shop inside the Vatican to serve the homeless population.
Later in the same year, he opened up a new homeless shelter for men, just around the corner form the Vatican in Via dei Penitenzieri, furnished by the Papal Office of Charities and donations, and run by sisters from Mother Teresa’s Missionaries of Charity.
With enough space to house 34 men, the shelter brought the Vatican’s total capacity for housing the homeless up to 84.
Throughout his pontificate, Pope Francis has also invited homeless men and women to the Vatican, whether to see the Sistine Chapel, to dine with him, or for special events, showing his continued commitment to put into practice his charge to the Church to go out to the “peripheries.” 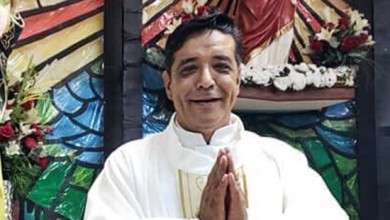 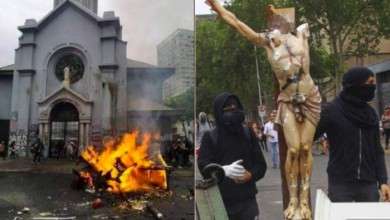