Pope Francis has expressed his sadness at the Manchester attack, calling it a “senseless act of violence”.
A statement from the Vatican said:

His Holiness Pope Francis was deeply saddened to learn of the injury and tragic loss of life caused by the barbaric attack in Manchester, and he expresses his heartfelt solidarity with all those affected by this senseless act of violence.
He commends the generous efforts of the emergency and security personnel, and offers the assurance of his prayers for the injured, and for all who have died.
Mindful in a particular way of those children and young people who have lost their lives, and of their grieving families, Pope Francis invokes God’s blessings of peace, healing and strength upon the nation.

The Pope’s words come as senior figures in the Church express their sorrow and anger at the attack.
Archbishop of Westminster Cardinal Vincent Nichols expressed his “shock and dismay at the horrendous killing of young and innocent people in the Manchester Arena”, while Bishop of Salford John Arnold said the attack “can have no justification”.
At least 22 people, including an eight-year-old-girl, are confirmed to have been killed on the attack on a concert by American singer Ariana Grande.
Islamic State have claimed responsibility for the bombing, which is the worst attack on British soil since the bombings in London on 7 July 2005. 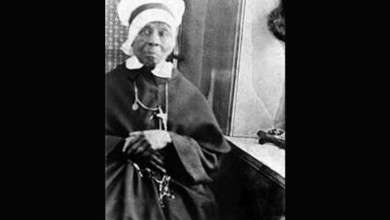 Sainthood cause advances for religious sister, educator who fought racism