Pope Francis in an audience with members of Italy’s pro-life movements, Praised greatly the efforts of the Pro-life members for fighting and defending the integrity of humanity as much as that of the unborn. Pope Francis likened their efforts to the good deeds of the “Good Samaritan” in the bible, saying:
“These people, wounded in body and spirit, are the icon of that man in the Gospel who, walking on the road from Jerusalem to Jericho, was caught by thieves who robbed and beat him.”
“In confronting various ways that threaten human life, you have approached the frailty of your neighbour, you have given yourselves so that those who live in precarious conditions are not excluded and cast aside in society,”
Pope Francis urged them to never get discouraged nor wither in these good work of protecting the right and integrity of humanity.
“I encourage you to continue your important work in favor of life from conception until its natural end.”Pope Francis said.
Pope Francis also requested that they ensure their movements reach and heal families and the poor of their challenges, as both work hand in hand as he said.
“How many families are vulnerable due to poverty, sickness, and lack of work or a home!” he said. “How many elderly people suffer the burden of pain and loneliness! How many young people are lost, threatened by addictions and other slaveries, and are hoping to find confidence in life once again!”
The Pope encouraged the Italian pro-life movements to continue on the path of the Good Samaritan and to never tire of defending those “who have the right to be born to life, as well as those searching for a more healthy and dignified existence”.
He also praised their work in helping those in need, especially women in need.
“The number of women, especially immigrants who come to your centres, shows that – when offered concrete support – in spite of problems and constraints, women, are able to have a sense of love, life and motherhood rise above within them,” he said.

‘Gold Mass’ for scientists to be celebrated for the first time 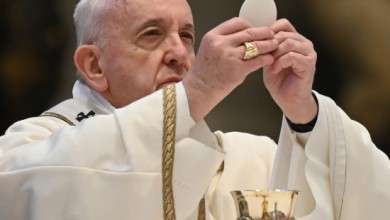 Disunity in the Church is perilous, Archbishop Chaput cautions at synod