“There is no magic in being elected pope. The conclave doesn’t work by magic.”

The Vatican has shared Pope Francis’ dialogue with his Jesuit brothers from his trip earlier month to east Africa. In one part of the conversation, the Holy Father shares a personal insight into his spiritual life as pope.

Here’s what he said:

Then the Jesuit asks him if and how his experience of God has changed since he was elected pope. Francis takes a short time to reflect and then responds…

I can’t tell you, actually. I mean, I guess my experience of God hasn’t fundamentally changed. I remain the same as before. Yes, I feel a sense of greater responsibility, no doubt. My prayer of intercession has become much wider than before. But even beforehand I lived the prayer of intercession and felt pastoral responsibility. I keep walking, but there’s not really been any radical change. I speak to the Lord as before. I feel God gives me the grace I need for the present time. But the Lord gave it to me before. And I commit the same sins as before. My election as pope did not convert me suddenly, so as to make me less sinful than before. I am and I remain a sinner. That’s why I confess every two weeks.

I have never been asked this question before, and I thank you for asking me because it makes me think about my spiritual life. I understand, as I told you, that my relationship with the Lord has not changed, apart from a greater sense of responsibility and a prayer of intercession that has spread to the world and to the whole Church. But the temptations are the same and so are the sins. The mere fact that I now dress all in white has not made me any less sinful or holier than before.

It comforts me a lot to know that Peter, the last time he appears in the Gospels, is still as insecure as he was before. At the Sea of Galilee, Jesus asked him if he loved him more than others and asked him to tend to his sheep, and then confirmed him. But Peter remains the same person he was: stubborn, impetuous. Paul will have to confront and fight with his stubbornness about the Christians who came from paganism and not from Judaism. At the beginning Peter in Antioch lived the freedom that God gave him and sat at table with the pagans and ate with them quietly, putting aside the Jewish food rules. But then some came there from Jerusalem, and Peter, out of fear, withdrew from the table of the pagans and ate only with the circumcised.<a

In short: from freedom he passed again to the slavery of fear. There he is, Peter the hypocrite, the man of compromise! Reading about Peter’s hypocrisy comforts me so much and warns me. Above all, this helps me to understand that there is no magic in being elected pope. The conclave doesn’t work by magic.

Later on in the dialogue, the pope said more about praying for others:

Fr. Afonso Mucane, parish priest of the parish of Sant’Ignazio, in the diocese of Tete, asked for some thoughts on the Apostolate of Prayer, which is now called the Pope’s Worldwide Prayer Network and has just celebrated its 175th anniversary.

I think we should teach people the prayer of intercession, which is a prayer of courage, of parrhesia. Think of Abraham’s intercession over Sodom and Gomorrah. Think of Moses’ intercession for his people. We must help the people to exercise intercession more often. And we ourselves need to pray more. The Pope’s Worldwide Network of Prayer, directed by Fr. Fornos, is doing this very well. It is important that people pray for the pope and his intentions. The pope is tempted, he is very besieged: only the prayer of his people can free him, as we read in the Acts of the Apostles. When Peter was imprisoned, the Church prayed incessantly for him. If the Church prays for the pope, this is a grace. I really do feel the need to beg for prayer all the time. The prayer of the people is sustaining. 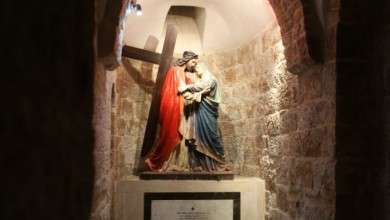 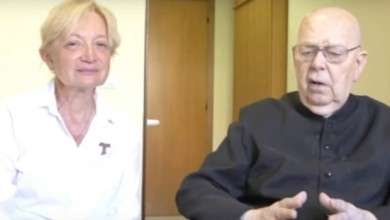 What Satan did when he was reminded how Mary defeated him 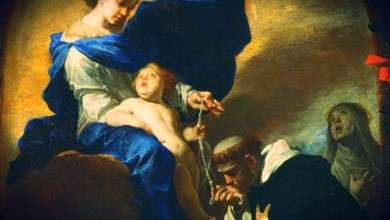 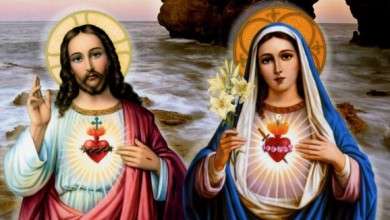