Pope Francis said Saturday that while liturgical music has often struggled to live up to the quality and beauty the mystery of the Eucharist requires, we can promote its renewal by investing in a solid musical education for clergy and laity.
“Certainly the encounter with modernity and the introduction of the languages spoken in the Liturgy stirred up many problems, of languages, forms, and genres” he said March 4. “Sometimes a certain mediocrity, superficiality and banality prevailed, to the detriment of the beauty and intensity of the liturgical celebrations.”
“For this the various actors in this field, musicians and composers, conductors and singers of choirs, liturgical animators, can make a major contribution to the renewal, especially quality, of sacred music and liturgical chant.”
The Pope spoke to participants at the end of an international conference on Sacred Music held March 2-4, titled “Music and the Church: worship and culture 50 years after Musicam sacram.”
Organized by the Pontifical Council for Culture and the Congregation for Catholic Education in collaboration with the Pontifical Institute of Sacred Music and the Pontifical Atheneum of St. Anselm, it looked at sacred music 50 years after the Second Vatican Council.
“Half a century after the Instruction of Musicam sacrum, the conference wanted to elaborate, in an interdisciplinary and ecumenical perspective, the current relationship between sacred music and contemporary culture,” Francis noted.
“Of great importance, it was also a reflection on the aesthetic and musical education of both the clergy and religious and the laity engaged in the pastoral life, and more directly in the choirs.”
The Church has a great responsibility toward liturgical music, the Pope continued, because it deals with the sacred mystery of the Eucharist, and that sacred music, to that order, must balance the past and present in a way that invites full participation and lifts the congregation’s hearts to God.
The “dual mission” of the Church, Francis said, “is, on the one hand, to safeguard and promote the rich and varied heritage inherited from the past, using it with balance in mind and avoiding the risk of a nostalgic vision” that becomes a sort of “archaeology.”
On the other hand, we have to also ensure that sacred music and liturgical chant don’t ignore “the artistic and musical languages of modernity.”
All those responsible for liturgical music, on whatever level, “must know how,” he said, “to embody and translate the Word of God into songs, sounds, harmonies that make the hearts of our peers vibrate, creating even an appropriate emotional climate, that puts in order the faith and raises reception and full participation in the mystery that it celebrates.”
“Active and conscious participation” in the liturgy constitutes being able to “enter deeply” into the mystery of God made present in the Eucharist: “thanks in particular to the religious silence and ‘musicality of language with which the Lord speaks to us,'” he quoted his homily at Casa Santa Marta Dec. 12, 2013.
Quoting from the Second Vatican Council’s Constitution on the Sacred Liturgy, Pope Francis said that “Liturgical action is given a more noble form when it is celebrated in song…and with the participation of the people.”
He highlighted the document’s emphasis on the importance of “active, conscious, full” participation by the entire faithful, quoting that the “true solemnity of liturgical action does not depend so much from a more ornate form of singing and a more magnificent ceremony than on its worthy and religious celebration.”
To promote this requires “a proper musical education…in dialogue with the musical trends of our time, with the demands of the different cultural areas,” he said.

Concluding, he thanked all of those who participated in the conference for their commitment to sacred music, and asked for the blessing of the Virgin Mary, “who in the Magnificat sang the merciful holiness of God.”
“I encourage you to not lose sight of this important goal: to help the liturgical assembly and the people of God to perceive and participate, with all the senses, physical and spiritual, in the mystery of God.” 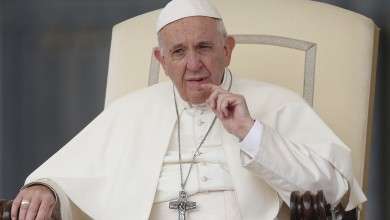 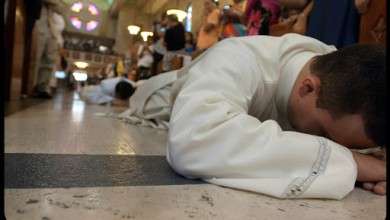