“We also ask the Holy Spirit today to teach us to build bridges with culture, with those who do not believe or with those who have a creed different from ours. Always build bridges, always reach out, never aggression,” Pope Francis said Nov. 6 in St. Peter’s Square.

“Let us ask him for his ability to delicately inculturate the message of faith, placing on those who are in ignorance of Christ, a contemplative gaze, moved by a love that warms even the most hardened hearts,” he said at the general audience.

In his weekly catechesis on the Acts of the Apostles, Pope Francis described St. Paul’s discourse on the Areopagus as an example of inculturation of the Catholic faith in Athens.

“In the heart of one of the most famous institutions of the ancient world, the Areopagus, he achieved an extraordinary example of inculturation of the message of faith: he announces Jesus Christ to idol worshipers, and he does not do so by attacking them, but by becoming … a builder of bridges,” Pope Francis said.

Paul “shudders inside to see a city full of idols,” the pope said, quoting Acts 17:16. He added that this encounter with paganism pushed St. Paul to “build a bridge of dialogue with the culture.”

Looking upon Athens with the eyes of faith, “drives him [Paul]  to open a path between the Gospel and the pagan world.”

“In this way Paul observes culture, observes the environment of Athens starting from a contemplative gaze which discovers that it is God who lives in their houses, in their streets and in their squares,” he said.

Francis added: “This makes us wonder about our way of looking at our cities: Do we observe with indifference? With contempt? Or with the faith that recognizes the children of God in the midst of anonymous crowds?”

The pope explained that St. Paul revealed the true identity of the Athenian’s “unknown god” by beginning with creation. “That is, from biblical faith in the God of revelation, leading to redemption and judgment, that is, to the properly Christian message,” he said.

St. Paul “shows the disproportion between the greatness of the Creator and the temples made by man,” Francis said.

“In this way Paul, according to a beautiful expression of Pope Benedict XVI, ‘announces the One whom men ignore, yet they know: the Unknown-Known,’” he said.

Pope Francis said that Paul then invites the Athenians to “go beyond ‘the times of ignorance’ and to decide to convert in view of imminent judgement.”

The pope said that Paul’s announcement of the kerygma “arouses ridicule and derision” and “seems to have failed.” However, some adhered to his word and opened themselves to faith, among them, he said. “Among these is a man, Dionysius, a member of the Areopagus, and a woman, Damaris.”

“Even in Athens the Gospel takes root and can run with two voices: that of man and that of woman,” he said. 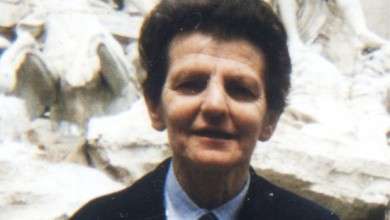