Yesterday, Pope Francis welcomed several thousands of migrant worshipers at St Peter’s square to commemorate the world day of Migrants and Refugees.
At least 5,000 migrants gathered at a special mass held in St Peter’s to honor the day dedicated to refugees.
He personally chose the theme of the Catholic Church’s official “Migrants and Refugees Day” yesterday as: “Migrants and refugees challenge us. The answer is the Gospel of mercy.”
“Dear migrants and refugees, each of you carries a story, a culture and precious values,” Pope Francis said.
“Alas, many of you have experienced misery, oppression and fear.
The Holy Father pope also urged the migrants to offer prayers for the victims of the jihadist attack that left at least 29 people dead in the Burkina Faso capital of Ouagadougou.The country has been in growing political confusion since its longtime president was ousted in a popular uprising in late 2014.
A cross called “The Lampedusa crucifix” was brought to Rome from the occasion.The Cross is made from a wood of a boat  used by migrants.
Pope Francis has frequently urged the European states to show hospitality to migrants in this time of intense difficulty and danger.

Three gay that returned to the Church – Reasons Why they returned 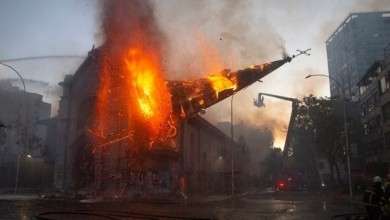