Advertisement
Pope Francis has agreed to create a commission to study the possibility of women deacons. Here are 12 things to know and share.
1. What happened?
On Thursday, May 12, Pope Francis met with a group of women religious who asked him about the possibility of creating a commission to study the possibility of women deacons, or deaconesses.
Edward Pentin reports:
Speaking to around 900 members of the International Union of Superiors General today, representing half a million religious sisters from 80 countries, the Pope was asked if he would establish “an official commission” to study the question of women deacons.
He replied: “I accept. It would be useful for the Church to clarify this question.”
2. Who would be on this commission, when would it meet, and when would we know its results?
At present, all of these are unknown.
The commission could be run under the auspices of the Congregation for the Doctrine of the Faith (CDF). The International Theological Commission, which is an advisory body run by the CDF, could be tasked with studying the issue.
Alternately, a new commission run by the CDF could be created to study the question. Or a special, independent commission could be created, though its results would be vetted by the CDF.
Since the pope has only just agreed to the proposal, no timetable has been announced.
The commission could begin meeting within a year, but it likely would be several years before its work would be finished. Once it is finished, the resulting report(s) would be submitted to the CDF and/or the pope.
They might or might not then be released publicly.
3. Why doesn’t the Church presently ordain women to the diaconate?
The Church holds that “[o]nly a baptized man (Latin, vir) validly receives sacred ordination” (Catechism of the Catholic Church 1577).
Although the matter has been debated historically, the Church’s present understanding is that the diaconate belongs to the sacrament of holy orders:
Catholic doctrine teaches that the degrees of priestly participation (episcopate and presbyterate) and the degree of service (diaconate) are all three conferred by a sacramental act called “ordination,” that is, by the sacrament of Holy Orders (CCC 1554).
If only a baptized man can validly receive the sacrament of holy orders. and if the diaconate is a grade of holy orders. then only a baptized man can be validly ordained a deacon. Thus women could not be ordained to the diaconate understood in its sacramental sense.
4. Are there other senses in which the term deacon can be used?
The Greek term for deacon is diakonos. Its basic meaning is “servant” or “minister,” and it can be used in various ways. Indeed, Jesus himself says the he came not to be served but to serve (diakonesai) (see Matthew 20:28).
Similarly, Paul says he and Apollos are “servants” (diakonoi) (see 1 Corinthians 3:5). All Christians are called to play this role, for “he who is greatest among you shall be your servant (diakonos)” (Matt. 23:11).
Thus the term has a wide variety of meanings besides the one the Church understands as a grade of ordained ministry.
5. Were there female deacons—or deaconesses—in the early Church?
Yes. For example, deaconess named Phoebe carried St. Paul’s letter to the Romans from Cenchreae (the port of Corinth, where Paul wrote it) to Rome. St. Paul writes:
I commend to you our sister Phoebe, a deaconess of the church at Cenchreae, that you may receive her in the Lord as befits the saints, and help her in whatever she may require from you, for she has been a helper of many and of myself as well (Rom. 16:1-2).
In later centuries, deaconesses performed a variety of roles, primarily in ministry to women.
6. How could there be female deacons if only a male can be validly ordained?
The term deaconess was being used in a different way than to refer to the diaconal grade of ordained ministry. Thus the canons of the First Council of Nicaea (A.D. 325) refer to deaconesses who have not been ordained:
And we mean by deaconesses such as have assumed the habit, but who, since they have no imposition of hands, are to be numbered only among the laity (canon 19).
In other words, these deaconesses were servants or ministers in the Church but did not exercise ordained ministry.
7. Does the Church teach infallibly that only men can be ordained?
At present, the Church teaches infallibly that “the Church has no authority whatsoever to confer priestly ordination on women and that this judgment is to be definitively held by all the Church’s faithful” (John Paul II, Ordinatio Sacerdotalis).
This teaching is not regarded as being infallible due to a papal statement but because of the ordinary and universal exercise of the magisterium (see here).
The Church thus infallibly teaches that that priestly ordination (i.e., ordination to the rank of priest or bishop) cannot be conferred on women, but this teaching has not been extended to diaconal ordination.
As we saw under (3) above, one can deduce that women cannot receive diaconal ordination from the fact that the Church teaches that only a baptized man can be ordained and that the diaconate is a grade of holy orders. But the Church has not yet confirmed this inference as an infallible teaching.
8. Does that mean that the Church could one day revise this part of its teaching and allow women to be ordained to the diaconate?
That is, presumably, one of the questions the commission would be tasked with clarifying.
9. What might the commission recommend?
Assuming it issued a single report (as opposed to a set of reports reflecting the different positions of commission members), it might recommend a number of things, including:

10. Would the commission’s recommendations change anything?
Commissions are advisory bodies. The magisterium may take or not take their recommendations. Any change to the Church’s present teaching and practice in this area would, at a minimum, require the pope’s authorization. It might well involve a broader consultation of the magisterium, such as by a synod of bishops.
11. What is the best guide to current, orthodox Catholic thought on the subject on women and the diaconate?
In 2002 the International Theological Commission, one of the advisory bodies operated by the CDF, issued a report titled From the Diakonia of Christ to the Diakonia of the Apostles.
Although not a document of the magisterium, it was approved for release by Cardinal Joseph Ratzinger and represents orthodox and learned Catholic opinion on the topic. This document will likely serve as the starting point for the forthcoming commission on the question.
You can read it here.
12. What does the document say?
It has an extended section (IV. “The Ministry of Deaconesses”) dealing with the way deaconesses functioned in the early Church.
On the question of ordination, the document concludes by saying:
With regard to the ordination of women to the diaconate, it should be noted that two important indications emerge from what has been said up to this point:
1. The deaconesses mentioned in the tradition of the ancient Church—as evidenced by the rite of institution and the functions they exercised—were not purely and simply equivalent to the deacons;
2. The unity of the sacrament of holy orders, in the clear distinction between the ministries of the bishop and the priests on the one hand and the diaconal ministry on the other, is strongly underlined by ecclesial tradition, especially in the teaching of the magisterium.
In the light of these elements which have been set out in the present historico-theological research document, it pertains to the ministry of discernment which the Lord established in his Church to pronounce authoritatively on this question.
The two points that it makes—that the ancient deaconesses “were not purely and simply equivalent to the deacons” and the support that tradition and the magisterium have given to the diaconal ministry as an element of holy orders—suggest that women could not be ordained to the diaconate. However, the matter was left to the future discernment of the magisterium. 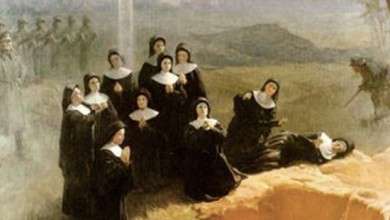 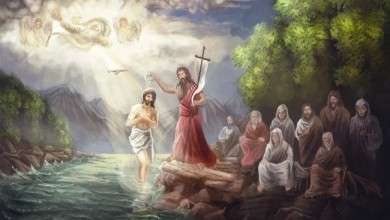 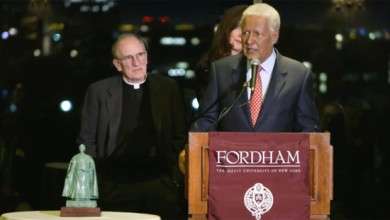