In homily, Francis considers the obstacles to progressing in knowledge of Jesus.

At the start of Mass in the Casa Santa Marta on May 5, Pope Francis prayed for the victims of the Coronavirus.

Today we pray for the deceased who have died because of the pandemic. They have died alone, without the caresses of their loved ones. So many did not even have a funeral. May the Lord welcome them in His glory.

In his homily, the Pope reflected on the day’s Gospel (Jn 10:22-30), in which several Jews ask Jesus to say openly whether He is the Christ. Jesus responds that He has already told them so, yet they do not believe.

Pope Francis said the episode is an invitation to reflect on our own faith. “Do I believe? What makes me stop outside the door that is Jesus?”

He went on to consider several “prejudiced attitudes that prevent us from progressing in the knowledge of Jesus.”

The chief among them, said Pope Francis, is wealth.

There are many of us who have entered the door of the Lord but then fail to continue because we are imprisoned by wealth. Jesus takes a hard line regarding wealth… Wealth keeps us from going ahead. Do we need to fall into poverty? No, but, we must not become slaves to wealth. Wealth is the lord of this world, and we cannot serve two masters.

Rigidity of heart is another stumbling block to faith, he noted.

Jesus reproached the doctors of the law for their rigidity in interpreting the law, which is not faithfulness. Faithfulness is always a gift of God; rigidity is only security for oneself.

Pope Francis said a good woman came up to him once to ask his advice. She had gone to a wedding one Saturday afternoon, and thought that Mass would fulfill her Sunday obligation. But later she realized that the Mass readings did not correspond to those for Sunday. So she felt that she was in mortal sin because she had not attended “a real Sunday Mass.”

The Pope said that kind of rigidity drives us away from the “wisdom and beauty of the Lord, and robs us of our freedom.”

Pope Francis went on to name apathy, clericalism, and the worldly spirit as three other attitudes that keep us from progressing in our knowledge of Jesus.

Apathy, or acedia, he said, is a type of “tiredness that takes away our desire to strive forward and leaves us lukewarm.”

Clericalism, he noted, seeks to put us in Jesus’ place. Instead of letting the Master lead, clericalism imposes restrictions that must be met before one enters the door of faith.

It is a terrible sickness that robs the faithful of freedom and impedes them from going to Jesus.

The worldly spirit also stops us at the door of faith.

“We can think,” he said, “of how some Sacraments are celebrated in some parishes. At times it is impossible to discern the grace and presence of Jesus.”

These are some of the things that stop us from becoming members of Jesus’ flock. We are ‘sheep’ of all these things – wealth, apathy, rigidity, worldliness, clericalism, ideologies. But freedom is lacking and we cannot follow Jesus without freedom. At times freedom might go too far, and we might slip and fall. Yes, that’s true. But this is slipping before becoming free.

Concluding his homily, Pope Francis invited everyone to consider whether we are free from these temptations in order to progress in the knowledge of the Lord.

May the Lord enlighten us to see within ourselves if we have the freedom required to go through the door which is Jesus, to go beyond it with Jesus in order to become sheep of His flock. 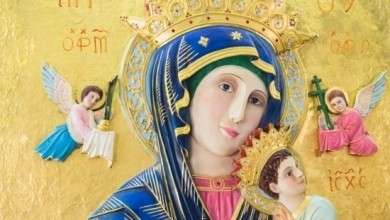 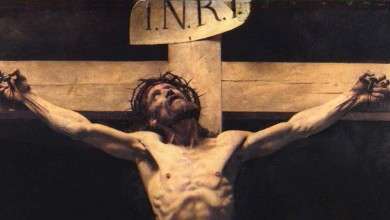