When Jesus said: “The poor you will always have with you,” he meant, “I will always be with you in the poor.” Mass intention: Overcrowded prisons.

Pope Francis offered his Mass on April 6 for prisoners in overcrowded prisons, warning that the pandemic could end up causing a “grave calamity.”“Let us pray,” he said, “for those in charge, for those who have to make decisions about this, so that they find a just and creative path to solve this problem.”

The pope based his homily on the plight of the poor, drawing from Judas’ criticism of Mary for anointing the Lord’s feet with costly oil: “Why was this oil not sold for three hundred days’ wages and given to the poor?”

The Holy Father went on to reflect on the terrible plight of the poor: the poor who we see and also the poor who are hidden.

Regarding the former, the pope lamented that we get in the habit of seeing the poor “like adornment in a city … yes, they are there, like statues, they are there, they can be seen, yes … this old man begging, this other one. But as if it were something normal. It’s part of the ornamentation of a city to have these poor people …”

But there are also the poor who we don’t see, who are the great majority of the poor, victims of an unjust economic system.

In this regard, the Holy Father shared a memory:

I remember that in Buenos Aires, they told me that in an abandoned factory, which had been empty for years, there were 15 families living there, who had arrived in the last few months. I went there.

They were families with children and each one had taken a section of the abandoned factory to live. And looking at them, I saw that each family had good furniture, furniture of the middle class, they had a television, but they had gone there because they couldn’t pay rent. The new poor who have to leave their homes because they can’t pay for them, go there. It is an injustice of the economic or financial structure that brings them there. And there are so many, so many … and we will find ourselves with them at the Judgement.

The Holy Father recalled how Jesus’ first question at the Judgement will be about our treatment of the poor, if we went to visit those in prison, if we cared for the widow and orphan …

When Jesus said: “The poor you will always have with you,” he meant, “I will always be with you in the poor. I will be present there.” 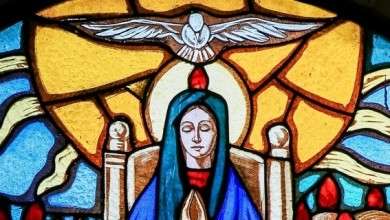 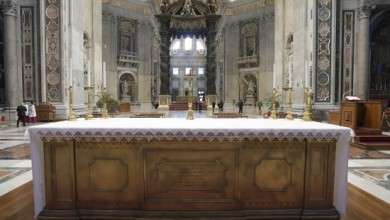 Polish archbishop: Unless we recognize sin, Christ’s incarnation is meaningless