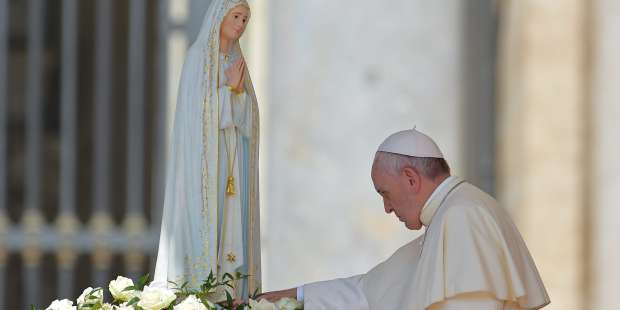 Francis reflects how when we lose our parents, we are orphans; a spouse, we are widow(er)s; when we lose a child, there is no word for it …

The loss of a child is an unbearable suffering without God’s help, Pope Francis reflected this week as he met family members of five young people and a young mother who lost their lives in a stampede at a disco in Italy in 2018.The pope said that he remembered being shaken by news of the tragedy, but was glad for the meeting since with the great number of human tragedies happening every day, “one risks forgetting.” “This meeting helps me and the Church not to forget, to keep [them] in my heart, and above all to entrust your loved ones to the heart of God the Father,” he said.

Every tragic death brings with it great pain. But when it steals away five teenagers and a young mother, it is immense, unbearable without God’s help.

The Holy Father went on to reflect about Mary’s closeness, especially as the tragedy occurred on the night of December 8, the feast of Mary’s conception.

Corinaldo, the place where the tragedy took place, is located in an area watched over by Our Lady of Loreto: her Sanctuary is not far away. And so I would like – we would like – to think that she, as a Mother, never took her eyes off them, especially in that moment of dramatic confusion; that she accompanied them with her tenderness.

How many times had they invoked her in the Hail Mary: “Pray for us sinners, now and at the hour of our death”! And even if in those chaotic moments they were unable to [say this prayer], Our Lady does not forget, she does not forget our petitions: she is our Mother. She certainly accompanied them towards the merciful embrace of her Son Jesus.

The pope recognized that the sorrow of losing a child is unfathomable.

Then the pope led a Hail Mary for each of the deceased, naming each one.

The teenagers were aged 14 to 16 at the time of their deaths; the mother was 39 and was accompanying her daughter. A gang sprayed pepper spray to cause confusion in the disco, so that they could steal valuables. This led to a stampede, which caused the collapse of a railing so that people fell atop each other below. Some 200 people were injured and Italy has recently sentenced various of the culprits to prison. More trials are expected for more of those related to the tragedy.