Francis reflects on what could have been for the Betrayer of Christ, and how shame is a gift.

Pope Francis reflected on the Christian prayer of the Our Father during an episode of the “Our Father” television series on the Italian Catholic television channel TV2000. Now, his words on that occasion have been turned into a book, published by Italian publishing house Rizzoli. The Il Corriere della Sera newspaper printed an extract in its November 23, 2017 edition.

The pope shared a meditation on the true meaning of shame. He did so by focusing on the fates of three Biblical people who are involved in Christ’s Passion: Peter, the apostle who denied Jesus three times, and who “cries bitterly” with shame; the good thief, who feels “ashamed for being crucified next to an innocent man”; and Judas, the apostle who betrayed Jesus.

The third case, “the one that moves me most, is Judas’ shame,” the pope said.

“Judas is a difficult character to understand; there have been so many interpretations of his personality. In the end, however, when he sees what he has done, he turns to the ‘righteous,’ to the priests: ‘I have sinned: I handed over an innocent man to be killed.’ They answer him: ‘What does that matter to us? That’s your affair.’ (Matthew 27:3-10) Then he goes away with that guilt that suffocates him.”

The Pontiff invites us to imagine a different fate for Judas: “Perhaps if he had met the Virgin Mary, things would have gone differently, but the poor man goes away, doesn’t find a way out of his situation, and he went to hang himself.”

“But, there’s one thing that makes me think that Judas’ story doesn’t end there … Perhaps someone might think, ‘this pope is a heretic…’ But, no! They should go see a particular medieval capital of a column in the Basilica of St. Mary Magdalen in Vézelay, Burgundy [in France],” he said.

The Successor of Peter describes how people in the Middle Ages taught the Gospel through sculptures and paintings. “On that capital, on one side there is Judas, hanged; but on the other is the Good Shepherd who is carrying him on his shoulders and is carrying him away.”

He revealed that he has a photograph of that two-part capital behind his desk, because it helps him meditate. “There is a smile on the lips of the Good Shepherd, which I wouldn’t say is ironic, but a little bit complicit,” he describes.

“There are many ways of reacting to shame; one is to despair, but we must try to help despairing people to find the true path of shame, so they don’t go down the path that put an end to Judas’ life.”

“These three personages in Jesus’ passion help me a lot. Shame is a grace,” the pope said.

Lastly, when he mentioned the part of the Our Father that says, “lead us not into temptation,” he warned about how evil seeks to seduce us.

He also said that evil is a person, Satan, who is also “very crafty.”

“The Lord tells us that when [the devil] is cast out, he goes away, but after a while, when you’re distracted, maybe a few years later, he comes back worse than before.”

“He doesn’t invade the house. No, Satan is very polite. He knocks on the door, rings the bell, and enters with his typical forms of seduction, and with his companions.”

Then, Pope Francis explained that, when Christians pray the Our Father, they ask not to fall into evil. He invites us to seek divine wisdom so we may have good judgment and discernment so as not to fall into Satan’s deceptions. “I am convinced that we cannot dialogue with him.”

He assures us that Jesus never engaged in dialogue with Satan—not even in the desert; on the contrary, he kept his distance. Satan “is more intelligent than we are, and he runs circles around you, makes your head spin, and in the end, you’re lost.” We cannot make deals with evil, Francis concludes. 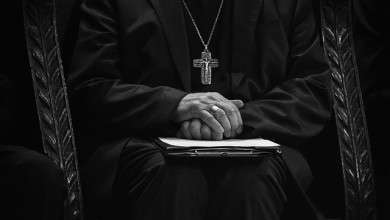 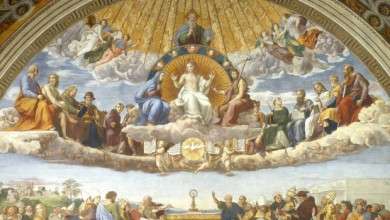 An Exorcist Describes Death, Judgement, and Our Everlasting Life 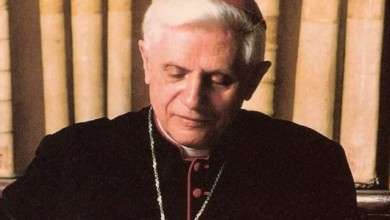 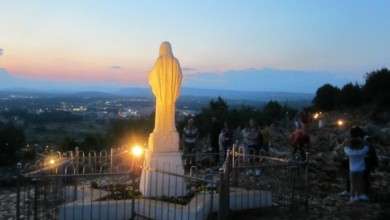 Abortionist Has Terrifying Vision at Medjugorje, Converts on the Spot