Some 50 people will be able to attend the Mass with the Holy Father, which will be followed by adoration and benediction.

Contents hide
1 Some 50 people will be able to attend the Mass with the Holy Father, which will be followed by adoration and benediction.
1.1 Traditions
1.2 A feast day now celebrated on Sunday

Pope Francis will celebrate Mass for the Solemnity of Corpus Christi (also known as the Solemnity of the Body and Blood of Christ) at the Altar of the Chair in St Peter’s Basilica on Sunday, June 14. The liturgy will conclude with exposition of the Blessed Sacrament and Benediction.A small number of the faithful, around 50 people, will participate in the liturgy with the Holy Father. The Mass will be live streamed by Vatican Media, beginning at 9:45 am, Rome time.

Since the election of Pope John Paul II, the pontiffs had been in the habit of celebrating this solemnity at the Basilica of St. John Lateran in Rome, which is the pope’s cathedral.

The celebration was followed by a procession through the streets of Rome to Saint Mary Major.

In 2018, Francis interrupted John Paul II’s tradition, to return to another tradition, with the papal Corpus Christi being celebrated around or outside Rome. Following in the footsteps of Pope Paul VI, Pope Francis went to the city of Ostia. Before 1978, the Corpus Christi festival took place at different locations.

So that the greatest number of people can participate, the pope had already decided the year previously, in 2017, to shift the celebration from Thursday to the following Sunday, as many dioceses do.

Until last year, this solemnity was celebrated in Rome on the Thursday following the octave of Pentecost, as a reminder of Holy Thursday, as established by Pope Urban IV (1261-1264).

In 1264, Pope Urban IV established the solemnity of the Body and Blood of Christ to celebrate the real Presence of Christ in the Eucharist. This solemnity, the French pontiff said, was to be a true feast for the Church so “that all the clergy and the people, full of joy, may sing songs of praise,” he wrote. This solemnity had been established in response to the desire of the people to contemplate the Blessed Sacrament, and particularly through the work of a saint, Juliana of Liege. 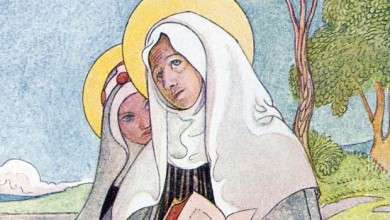 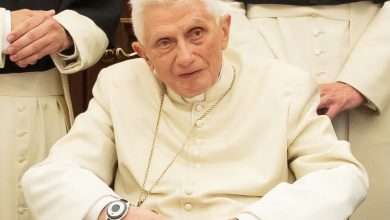 Did you know Josef Ratzinger was once a prisoner of war? 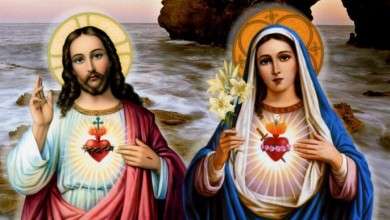