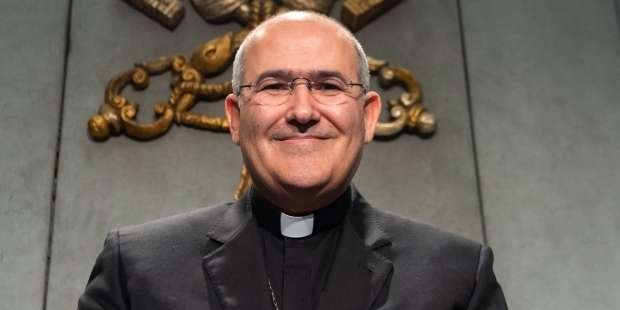 After many years of a close relationship with Dominican friars and nuns, he has discovered in himself a “Dominican charism.”

Cardinal José Tolentino Mendonça, 54, archivist and librarian of the Holy Roman Church, will receive the Dominican habit by becoming a member of the Third Order on November 14, 2020, announced the Portuguese province of the Order of Preachers to the Portuguese news agency ECCLESIA.This decision, made relatively late in life and at the invitation of the Order of Preachers, is explained by the fact that the Portuguese cardinal has had a very close working and spiritual relationship for several years with several Dominican friars and with the community of nuns in Lumiar (Portugal), and this has brought him to realize that he has a “Dominican charism.”

Mendonça was ordained a priest for the Diocese of Funchal, Portugal, in 1990, at the age of 24. He was called to his Vatican position in 2018, and was that year ordained a bishop, and then elevated to cardinal in 2019.

According to tradition, the Portuguese cardinal will receive the white habit and will sing the “Veni Creator” in a ceremony that will take place at the convent of São Domingos in Lisbon (Portugal). He will then celebrate a Mass.

“The Portuguese Province of the Order of Preachers and the Dominican Order in general are delighted and welcome this new member,” Fr. José Nunes, provincial of the Dominicans in Portugal, told the Portuguese news agency.

As a member of the Third Order, the Portuguese cardinal will not have any obligation towards the Dominican hierarchy, but he personally commits himself to live in accordance with the “style and charism” of the Dominicans.

As a fortunate coincidence, Cardinal Mendonça, as cardinal, has been the titular of the church of Sts. Dominic and Sixtus in Rome since 2019.