A Pennsylvania Catholic priest stole nearly $100,000 from his parish and spent the money on a beach house and relationships with adult men, prosecutors say.

Charles Gaza, chief of staff for the office, accused the 56-year-old priest of taking advantage of his parishioners’ trust.

“Father McLoone held a position of leadership and his parishioners trusted him to properly handle their generous donations to the church,” Gaza said in a statement. “Father McLoone violated the trust of the members of St. Joseph’s for his own personal gain.”

McLoone took over as pastor at St. Joseph’s Parish in 2011. On All Souls’ Day that year, a holy day in November that Catholics set aside to pray for the dead, McLoone allegedly opened a secret checking account which he called the St. Joseph Activity Account.

“The defendant created the activity account for the purpose of avoiding disclosure of the funds to the diocese and ensuring that nobody at the parish could see what these funds were being spent on,” prosecutors stated.

Over the next six years, prosecutors say McLoone funneled church money into this private account. He allegedly stole all of the donations collected yearly on All Souls Day, and took money from other special collections throughout the year, as well. Prosecutors allege he also doubled the standard parish fees for weddings, funerals and special masses, pocketing the difference.

The priest used the money to pay for a beach house in Ocean City, New Jersey, as well as traveling, dining and “spending on adult men with whom he maintained sexual relationships.”

He allegedly made thousands of dollars in payments directly to men he met on the dating app Grindr through online money transfer services, according to a police complaint obtained by PhillyMag.

In early 2018, the Archdiocese of Philadelphia learned that McLoone had created a bank account in his parish’s name that wasn’t showing up in the church’s official records. In a press release about the matter, the archdiocese said its officials confronted McLoone, who acknowledged that some expenditures from the account were for personal expenses of an “inappropriate nature.” Those expenses were related to “relationships with adults” that violated the archdiocese’s standards for ministers, the archdiocese said.

McLoone has been on administrative leave since spring 2018. He was arrested on Wednesday and has reportedly posted bail.

Prior to McLoone’s appointment, St. Joseph’s Catholic Church was led by Monsignor William J. Lynn, who in 2012 became the first American Catholic official convicted for covering up child sexual abuse. 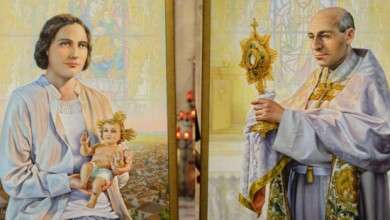