How would you react if you saw a dead man suddenly come back to life? Father John Higgins can tell you about his reaction. He was a main part of the story.

Father Higgins is the pastor of St. Raymond Nonatus Church in Downey, Calif., a city in southeast Los Angeles County. He’s a genial, good-natured, friendly and cheerful, a priest who is obviously very concerned about all those in his care, whether they are parishioners or not.

As we were having a long phone conversation, he told me about a miraculous turn of events that happened some years ago when he was an associate miles away at St. Raphael Catholic Church in Goleta, a suburb of Santa Barbara.

Shortly after he had arrived at his destination to have a Mass with a group of young adults then enjoy a barbeque following it, he got an emergency call from the hospital. Paramedics had brought in an older gentleman who had suffered a heart attack.

Father Higgins rushed to Goleta Valley Community Hospital. “I remember walking into the Emergency Room. I knew the nurse in charge there,” he told me. At first he didn’t know who was on the gurney because the curtain was pulled. But he well knew that head nurse of the ER whose name was Anne. She and her husband and their family were members of his parish, and she would call him whenever emergencies arrived at the hospital.

Father Higgins recounts everything as if it had happened just the other day.

“Ann said, ‘Oh, Father, you’re too late.’ They were starting to remove the wires from the heart rate monitor. I walked up to the man and said, ‘Oh, he has a brown scapular, an old scapular, on.’ I touched it.

“And all of a sudden there was this beep…beep. Ann said, ‘Father! What are you doing?’ And I said, ‘Nothing!’ — The man was breathing.”

Father Higgins described that right away Anne and another nurse called for help and started to reconnect the wires. Taken by complete surprise, the paramedics’ jaws dropped at what had just happened.

Father Higgins well remembers how next the older gentleman opened his eyes, looked at him and said in an Irish accent, “Father, I’m glad you’re here. I was waiting for you. I want to go to Confession.”

“I was absolutely in shock this happened!” the priest said.  “I had no idea this was going to happen.” But his Confession had to wait because “they wheeled him out of there and I gave him a blessing as he went — I had no time for anything else — because they were charging down the hall with him.”

The doctor in the ER hurried out of his office, and Father Higgins remembers that he “was annoyed because he had already been making out the death certificate.” He had to rip it up.

A paramedic got the priest a chair. “I just sat there for a second,” Father Higgins said. “I was amazed.” To this day he insists all he did was touch the man’s scapular.

There was yet more amazement to come. Father Higgins described how the Irish gentleman did seek him out for confession a few weeks later. At that time the gentleman related the story of how the doctor later said to him he could not figure out what had happened. And for another great witness, the Irish gentleman said that while he was still in the hospital those paramedic witnesses came to visit him.

“The paramedics showed him the notes they wrote,” Father Higgins revealed about their official report. And right after they had already recorded the time and place of his death, they added “in big black letters — BROUGHT BACK TO LIFE BY GOD.”

On that visit the Irish gentleman had two more things to tell Father Higgins. One was that he had been put on a waiting list for a new heart.

“Then he found me about six months later,” said Father Higgins, “and said he was taken off the list because his heart was healed.” Doctors found nothing wrong with it.

To this days Father Higgins says of this miracle, “That was a joy. It always knocked me over…I had no idea what happened. God worked through my hands…It just happened according to God’s will.”

Today, the hospital has changed its name to Goleta Valley Cottage Hospital, and if the record of that paramedics’ note still exists in the file, the hospital tells me they would need the Irish gentleman’s permission to share it. But time has not kept up with the whereabouts of him or those paramedics.

As for Father Higgins, as pastor of St. Raymond Church in Downey, he sees miracles of a different sort in his role as the local fire department chaplain. But “nothing miraculous like that,” he said, referring to the Irish gentleman and the scapular. “Wonderful” is what he calls being a fire chaplain. He always has his sick kit and immediately looks for any sign at any emergency of the people being Catholic. He asks them. Both on calls with the firefighters and at the firehouse he finds everyday miracles of brotherhood, love and friendship.

The Miracles Can Continue

After our conversation I couldn’t help but think of the importance of the Brown Scapular of Mount Carmel that our Blessed Mother has given to us. Do we forget about this powerful gift? Do we accept it and wear it as a sign of our consecration and dedication to our Blessed Mother Mary?

Many popes were dedicated to the scapular. Look at what just one, Pius XII, said, “…How many souls even in circumstances which, humanly speaking, were beyond hope, have owed their final conversion and their eternal salvation to the scapular which they were wearing! How many more, thanks to it, have experienced the motherly protection of Mary in dangers to body and soul…”

Why would we want to ignore Mary’s promises if we wear her brown scapular with true devotion?

“This will be for you and for all Carmelites the privilege, that he who dies in this will not suffer eternal fire,” said our Blessed Mother.

Later she added what the Church calls the Sabbatine Privilege. “I, the Mother of Grace, shall descend on the Saturday after their death and whomsoever I shall find in purgatory I shall free so that I may lead them to the holy mountain of life everlasting.”

We don’t have to be Carmelites. Any baptized person may be enrolled in the scapular of Our Lady of Mount Carmel as the Church has taught for centuries. We show our belief in this powerful sacramental doing the simple duties connected with it: observe the Ten Commandments, pray daily, attend Mass on holy days of obligation, receive of the sacraments of Penance and the Holy Eucharist, and faithfully perform the duties of your state in life.

Surely that Irish gentleman did.

Get invested by a priest if you’ve never been invested. Return to your devotion if you’ve drifted from it over the years.

It may not bring us back to life in the same way that Irish gentleman experienced in the emergency room, but properly used with devotion, we have Our Blessed Mother’s assurance it will bring us to life — eternal life in heaven. 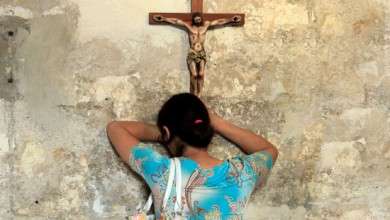 The Slippery Slope of Sexual Sin 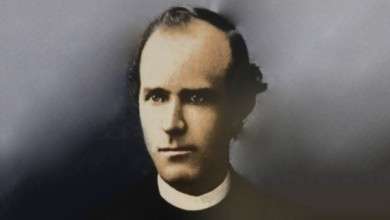 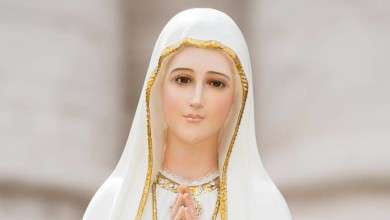