Organizations belonging to REPAM, which has held the primary role in organizing the synod’s proceedings, have received millions of dollars in grants from the U.S. foundation.

VATICAN CITY — A missionary council for indigenous peoples run by the Brazilian bishops’ conference has received almost $2 million from the pro-abortion Ford Foundation since 2006, a Brazilian journalist has revealed.

Bernardo Küster, who publishes largely through YouTube and on the website OsLeigos.com, said two other organizations participating in the synod have also received funding from the foundation, which has actively lobbied for abortion rights and gender ideology.

All are members of the Pan-Amazon Ecclesial Network (REPAM), an organization set up by the bishops’ conference of Latin America (CELAM) and Caritas, which has played the leading role in organizing the Amazon Synod that runs until Oct. 27.

Archbishop Roque Paloschi of Porto Velho, Brazil, the head of the missionary council — called the Missionary Council for Indigenous Peoples (CIMI) — did not deny it had received such funding when the Register asked him at Thursday’s press briefing at the Vatican and presented him with evidence.

The Ford Foundation is a private foundation in the United States, created in 1936 by motoring entrepreneur Henry Ford and his son Edsel, with a mission to advance human welfare. It is one of the world’s wealthiest charitable organizations with assets of $12.5 billion (2014) and its programs have focused primarily on education, science and policy-making for minorities and those suffering from poverty.

But it is also well known for its overt support for abortion rights and gender ideology. In 2016, for example, it supported a rally outside the Supreme Court opposing Texas legislation that required abortion facilities to meet specific medical standards, which would have resulted in the closing down of state abortion facilities if the Supreme Court hadn’t subsequently struck down the law. The foundation is also a vocal supporter of gender ideology and LGBT activism.

Ford Foundation spokeswoman Nicole Okai told the Register late Thursday that its mission is to “address inequality in all its forms” and support “low-income, rural, and indigenous communities in the Global South” to help mitigate climate change.

Where local communities are protected and deforestation is lower, “there is less conflict and women are safer,” Okai said, adding that the foundation also sees reduction in corruption and better standards of trading natural resources as means to reduce inequality. She referred us to their grants database for information on which organisations receive Ford Foundation funding.

Details of the funds CIMI received, first discovered by Brazilian journalist Küster, are clearly visible on the Ford Foundation’s grants database. It shows that since 2010, CIMI has received $739,269 from the Ford Foundation, but it is not clear where the funds were spent.

In 2016, the foundation says the funds were spent on “Natural Resources and Climate Change” but for the other four years that it received grants, the purposes are not clarified. Only “Beyond Current Program Structure” and within the topics of “Urban and rural land management” and “Civil and human rights.”

From 2006 until 2018, the Indigenous Council of Roraima, a local branch of CIMI, received $1,164,906 from the Ford Foundation. Roraima is one of the largest regions of Brazil, and although itself not wealthy, is the richest Amazonian region in terms of resources. It is also unclear precisely where these funds were spent.

CIMI was founded by Bishop Erwin Kräutler, emeritus of Xingu, Brazil, who is a supporter of women’s ordination and of ordaining married men in the Amazon because of a shortage of priests there. He is a key figure behind the synod and a member of REPAM.

Also a co-founder of REPAM, according to its vice president, Cardinal Pedro Barreto Jimeno, is Cristiane Murray, the new deputy director of the Holy See Press Office. Murray is reportedly an old friend of Cardinal Claudio Hummes, the general relator of the synod and president of REPAM.

At today’s press briefing, the Register showed the evidence of the funds received from the Ford Foundation and asked Archbishop Paloschi if he could say why CIMI is accepting funding from such an organization. The Register also asked if any of that funding was being used to fund REPAM and consequently this synod, as well.

The archbishop said in response, “We already know the numbers that appear on the internet, they’re out there.” He said CIMI’s financial reports “are public and undergo internal and external financial auditing by the Brazilian government.” He acknowledged that CIMI is “connected to the Brazilian bishops” and that they “don’t have any disagreement about working together but we do not exchange resources.”

“It’s easy for him to throw out numbers like that,” Archbishop Paloschi said. “My personal bank account has already undergone a Parliamentary Committee of Inquiry (PCI) [when Brazilian congressmen officially investigate a specific problem of public interest it passes through the PCI], conducted by the legislative assembly of the state of Mato Grosso do Sul.

“This also happened to all the bank accounts of the regional councils of CIMI,” he added. “Until this day there has been two PCIs, one at the regional sphere and a national one. CIMI wasn’t accused of anything. And like REPAM, the data is public. But there isn’t any formal accusation made by the Public Prosecutor’s Office nor by the Federal Police; wherever it is.”

Küster told the Register he was “astonished” by the archbishop’s reply “but in some way I’m not surprised.” He said he expected he would avoid answering the abortion issue and the Ford Foundation, which the Register referenced in its question, “so he just said all the accounts were cleared by the government.

“But that doesn’t mean anything because the problem is that this would be disapproved by the doctrine of the Church, by the Lord, by the Virgin Mary, by Our Lady of Fatima,” he added.

Küster said this shows that not only are there “theological problems” with the synod, but “through the Ford Foundation, there’s blood money inside the Vatican” which he believes has “influenced” the Catholic documents, such as the controversial working document for the synod.

Two other organizations not linked to the bishops’ conference but works closely with it and with REPAM have also received funding from the Ford Foundation. The Coordinating Body for the Indigenous People’ Organizations of the Amazon Basin (COICA) received $4,097,535 from 2007 to 2018.

Its coordinator general, José Gregorio Díaz Mirabal, is attending the synod and appeared at a press briefing last week. The Register asked him on Wednesday via email why his organization accepted funds from the foundation and what the funds have been spent on, but he has not replied.

A second organization which also works closely with the Brazilian bishops and REPAM, the Coordinating Body of Indigenous Organizations of the Brazilian Amazon (COIAB), received $1,623,443 from 2010 to 2018. It’s also not clear how the Ford Foundation funds were spent but Küster says the bishops are involved with it through pastoral coordination and the World Social Forum. It is also part of the Pan-Amazonian Social Forum.

“The funding is not transparent,” Küster said. “CIMI’s accounts are not published, it does not publish its financial reports.” He believes this is because CIMI does not want us to know “where and with whom they’re spending their money and what they’re funding.”

He said the same is true for REPAM, which also does not publish its financial reports. “Why? What are they doing with their money?” Küster asked. “The Church needs to be more transparent.”

The Brazilian journalist said the Ford Foundation is not the only dubious donor of these organizations, and cited the Rainforest Foundation and the Norwegian government as other major funders. “This must be made public to the world,” Küster said. 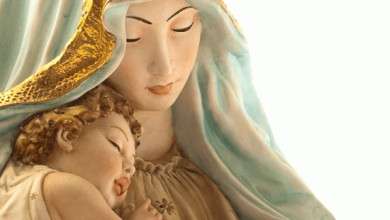 A prayer to keep from feeling that you suffer alone

Synod document is supposed ‘to be martyred’, says Cardinal Tagle