A British pro-life activist will appear in Court on Thursday to appeal against a legal bill incurred after taking two doctors to court who were caught on video offering to arrange sex-selective abortions.
Campaigner Aisling Hubert incurred a £47,000 fine in court fees after launching private prosecutions against the doctors.
Hubert, who is 23, told LifeSite News: “I’m saddened that this is the state of our justice system. It’s immoral when the person who seeks justice is hit with a huge legal bill like this, and it makes me worry that others will be deterred from private persecutions in the future.”
Hubert who volunteers for the organisation Abort 67, launched a private prosecution against Dr Prabha Sivaraman and Dr Palaniappan Rajmohan after the Director of Public Prosecutions, Alison Saunders, ruled that it would be better for the doctors to face disciplinary action by the medical profession than face criminal charges.
Hubert has also appealed the Crown’s decision to drop charges against the two doctors to the European Court of Human Rights.
“It feels as though I am being punished by the legal establishment for exposing its reluctance to challenge gender abortion,” Aisling told LifeSite News. “These two doctors were filmed offering gender abortion. I sought to bring them to justice. Now I am being punished and told to pay a huge sum to them. Where is the justice in that? “
Hubert said: “Private prosecution is an important check and balance on state power. It allows private citizens to fight for justice when the state apparatus has failed or turned a blind eye. But these massive costs will make it impossible for people like me in the future.” 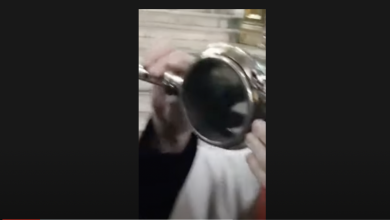