William Friedkin says that 45 years on from the release of his film, there is more acceptance of ‘the possibility of possession’

The director of The Exorcist, William Friedkin, has said that psychiatrists are more accepting of the possibility of demonic possession than when he made the film.
In a long article for Vanity Fair, Friedkin profiles the celebrated late exorcist Fr Gabriele Amorth, who died earlier this year. Fr Amorth permitted Friedkin to film an exorcism, which was then shown to several leading experts in neuroscience and psychiatry.
Friedkin writes: “I went to these doctors to try to get a rational, scientific explanation for what I had experienced. I thought they’d say, ‘This is some sort of psychosomatic disorder having nothing to do with possession.’ That’s not what I came away with.
“Forty-five years after I directed The Exorcist, there’s more acceptance of the possibility of possession than there was when I made the film.”
Friedkin assembled a panel of “some of the leading psychiatrists in the country”, including Dr Jeffrey Lieberman, director of the New York State Psychiatric Institute, and Dr Roberto Lewis-Fernández, president-elect of the World Association of Cultural Psychiatry.
Dr Lieberman recalled a case he had experienced which left him “completely freaked out” in which “somehow, like in The Exorcist, we were the enemy. This was basically a battle between the doctors and whatever it was that afflicted the individual.” Asked by Friedman whether he ruled out demonic possession, Dr Lieberman replied: “No. There was no way I could explain what happened.”
Friedkin also showed the film to two leading neurosurgeons, Dr Itzhak Fried and Dr Neil Martin, chief of neurosurgery at the UCLA Medical Centre. Dr Fried told him. “It looks like something authentic.” Dr Martin said: “Absolutely amazing. There’s a major force at work within her somehow. This goes beyond anything I’ve ever experienced—that’s for certain.”
Friedkin says the neurosurgeons’ reponse surprised him. “I had expected they would quickly dismiss Rosa’s symptoms as madness or unintentional fraud or suggest that she might be cured by brain surgery. They did not.”
Although neither would say the case was certainly possession, “they seemed baffled” by the woman’s experiences, Friedkin says.
The family of the woman who was exorcised have asked Friedkin not to show the footage publicly, saying that it would “ruin her life”.
In July, Richard Gallagher, a professor of clinical psychiatry at New York Medical College, wrote about demonic possession in the Washington Post, saying: “Careful observation of the evidence presented to me in my career has led me to believe that certain extremely uncommon cases can be explained no other way.” He said that many of his colleagues agree, but are “reluctant to speak out”.
Fr Amorth himself told Friedkin that, out of a hundred people who asked for his help, only one or two were really possessed.
Earlier this year, Fr Francesco Bamonte, president of the International Association of Exorcists, wrote in the Vatican newspaper that most exorcism films fail to appreciate “the marvellous, stupendous presence and work of God” and the importance of Mary in fighting evil. 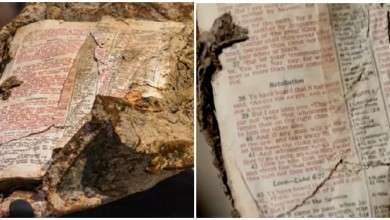