Members of Congress introduced a resolution on Thursday to label the atrocities committed by the Islamic State against Christians and other religious minorities “genocide.”
“Christians in Iraq and Syria are hanging on in the face of the Islamic State’s barbarous onslaught. This is genocide,” stated Rep. Jeff Fortenberry (R-Neb.), who helped introduce the resolution. Fortenberry is co-chair of the Religious Minorities in the Middle East Caucus.
“The international community must confront the scandalous silence about their plight. Christians, Yezidis, and other religious minorities have every right to remain in their ancestral homelands,” he continued.
Six representatives – three Democrats and three Republicans – introduced the bi-partisan resolution. On Thursday, advocates with the non-partisan group In Defense of Christians met with more than 250 congressional offices asking them to support the resolution.
Quoting from the 1948 United Nations Convention on the Prevention and Punishment of the Crime of Genocide, the document states that the atrocities committed against Christians and the other religious minorities in the Middle East meet the convention’s definition of genocide.
In this case the perpetrators, Islamic State, have specifically targeted ethnic and religious groups with the intent of permanently displacing them or exterminating them, the resolution insisted.
The resolution also called for governments to stop the atrocities, and for U.N. member states to sign on to a “concurrent resolution” and “with an urgent appeal to the Arab States that wish to uphold religious freedom, tolerance, and justice.” The parties must also help set up “domestic, regional and international tribunals to punish those responsible for the ongoing crimes.”
The document also cited Pope Francis’ July 10 plea for “our brothers and sisters” in the Middle East who face “a form of genocide.”
“Christians and other ethnic and religious minorities have been murdered, subjugated, forced to emigrate and suffered grievous bodily and psychological harm, including sexual enslavement and abuse, inflicted in a deliberate and calculated manner in violation of the laws of their respective nations, the laws of war, laws and treaties forbidding crimes against humanity,” the resolution acknowledged.
“Christianity in the Middle East is shattered,” Fortenberry stated after introducing the resolution. “The ancient faith tradition lies beaten, broken, and dying.”
The six congressmen who introduced the measure were Republicans Rep. Jeff Fortenberry (Neb.), Rep. Trent Franks (Ariz.), and Rep. Jeff Denham (Calif.), and Democrats Rep. Anna G. Eshoo (Calif.), Rep. Juan Vargas (Calif.), and Rep. Dan Lipinski (Ill.).
Eshoo and Fortenberry are co-chairs of the Religious Minorities in the Middle East Caucus, while Franks and Vargas are co-chairs of the International Religious Freedom Caucus.
The U.S. “should provide humanitarian aid, protection, and faster refugee processing” for victims of the atrocities, insisted Eshoo.
“These crimes against humanity must be properly acknowledged in order for the global community to appropriately respond to these infringements on religious freedom,” stated Vargas.
By Matt Hadro
http://www.catholicnewsagency.com/news/resolution-introduced-in-congress-to-call-islamic-state-atrocities-genocide-17623/ 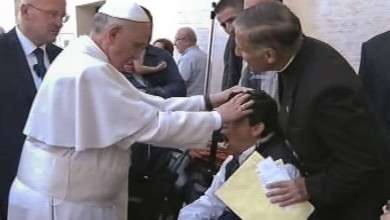