The Bible tells us that when Jesus returns to earth, he will physically raise all those who have died, giving them back the bodies they lost at death.

These will be the same bodies people had in earthly life—but our resurrection bodies will not die and, for the righteous, they will be transformed into a glorified state, freed from suffering and pain, and enabled to do many of the amazing things Jesus could do with his glorified body (cf. 1 Cor. 15:35–44, 1 John 3:2).

Because, as Paul tells us, the Christian faith cannot exist without this doctrine, it has been infallibly defined by the Church. It is included in the three infallible professions of faith—the Apostles’ Creed, the Nicene Creed, and the Athanasian Creed—and has been solemnly, infallibly taught by ecumenical councils.

The Fourth Lateran Council (1215), infallibly defined that at the second coming Jesus “will judge the living and the dead, to render to every person according to his works, both to the reprobate and to the elect. All of them will rise with their own bodies, which they now wear, so as to receive according to their deserts, whether these be good or bad [Rom. 2:6–11]” (constitution 1).

Most recently, the Catechism of the Catholic Church reiterated this long-defined teaching, stating, “‘We believe in the true resurrection of this flesh that we now possess’ (Council of Lyons II). We sow a corruptible body in the tomb, but he raises up an incorruptible body, a ‘spiritual body’ (cf. 1 Cor 15:42–44)” (CCC 1017).

As the following quotes from the Church Fathers show, this has been the historic teaching of the Christian faith on the matter since the very beginning.

“Let us consider, beloved, how the Master is continually proving to us that there will be a future resurrection, of which he has made the Lord Jesus Christ the firstling, by raising him from the dead. Let us look, beloved, at the resurrection which is taking place seasonally. Day and night make known the resurrection to us. The night sleeps, the day arises. Consider the plants that grow. How and in what manner does the sowing take place? The sower went forth and cast each of the seeds onto the ground; and they fall to the ground, parched and bare, where they decay. Then from their decay the greatness of the master’s providence raises them up, and from the one grain more grow and bring forth fruit” (Letter to the Corinthians 24:1–6 [A.D. 80]).

“[W]hoever perverts the sayings of the Lord for his own desires, and says that there is neither resurrection nor judgment, such a one is the firstborn of Satan. Let us, therefore, leave the foolishness and the false-teaching of the crowd and turn back to the word which was delivered to us in the beginning” (Letter to the Philippians 7:1–2 [A.D. 135]).

“[Christians] have the commandments of the Lord Jesus Christ himself impressed upon their hearts, and they observe them, awaiting the resurrection of the dead and the life of the world to come” (Apology 15 [A.D. 140]).

“Let none of you say that this flesh is not judged and does not rise again. Just think: In what state were you saved, and in what state did you recover your [spiritual] sight, if not in the flesh? In the same manner, as you were called in the flesh, so you shall come in the flesh. If Christ, the Lord who saved us, though he was originally spirit, became flesh and in this state called us, so also shall we receive our reward in the flesh. Let us, therefore, love one another, so that we may all come into the kingdom of God” (Second Clement 9:1–6 [A.D. 150]).

“The prophets have proclaimed his [Christ’s] two comings. One, indeed, which has already taken place, was that of a dishonored and suffering man. The second will take place when, in accord with prophecy, he shall come from the heavens in glory with his angelic host, when he shall raise the bodies of all the men who ever lived. Then he will clothe the worthy in immortality, but the wicked, clothed in eternal sensibility, he will commit to the eternal fire along with the evil demons” (First Apology 52 [A.D. 151]).

“Indeed, God calls even the body to resurrection and promises it everlasting life. When he promises to save the man, he thereby makes his promise to the flesh. What is man but a rational living being composed of soul and body? Is the soul by itself a man? No, it is but the soul of a man. Can the body be called a man? No, it can but be called the body of a man. If, then, neither of these is by itself a man, but that which is composed of the two together is called a man, and if God has called man to life and resurrection, he has called not a part, but the whole, which is the soul and the body” (The Resurrection 8 [A.D. 153]).

“We believe that there will be a resurrection of bodies after the consummation of all things” (Address to the Greeks 155 [A.D. 170]).

“God will raise up your flesh immortal with your soul; and then, having become immortal, you shall see the immortal, if you will believe in him now; and then you will realize that you have spoken against him unjustly. But you do not believe that the dead will be raised. When it happens, then you will believe, whether you want to or not; but unless you believe now, your faith then will be reckoned as unbelief” (To Autolycus 1:7–8 [A.D. 181]).

“For the Church, although dispersed throughout the whole world even to the ends of the earth, has received from the apostles and from their disciples the faith in . . . the raising up again of all flesh of all humanity, in order that to Jesus Christ our Lord and God and Savior and King, in accord with the approval of the invisible Father, every knee shall bend of those in heaven and on earth and under the earth, and that every tongue shall confess him, and that he may make just judgment of them all” (Against Heresies 1:10:1–4 [A.D. 189]).

“After the present age is ended he will judge his worshipers. . . . All who have died since the beginning of time will be raised up again and shaped again and remanded to whichever destiny they deserve” (Apology 18:3 [A.D. 197]).

“Therefore, the flesh shall rise again: certainly of every man, certainly the same flesh, and certainly in its entirety. Wherever it is, in the safekeeping with God through that most faithful agent between God and man, Jesus Christ, who shall reconcile both God to man and man to God, [and] the spirit to the flesh and the flesh to the spirit” (The Resurrection of the Dead 63:1 [A.D. 210]).

“In regard to that which is called the resurrection of the dead, it is necessary to defend the proper meaning of the terms ‘of the dead’ and ‘resurrection.’ The word ‘dead’ signifies merely that something has lost the soul, by the faculty of which it formerly lived. The term ‘dead’ then applies to a body. Moreover, if resurrection is of the dead, and ‘dead’ applies only to a body, the resurrection will be of a body. . . . ‘To rise’ may be said of that which never in any way fell, but which was always lying down. But ‘to rise again’ can only be said of that which has fallen; for by ‘rising again’ that which fell is said to ‘re-surrect.’ The syllable ‘re-’ always implies iteration [happening again]. We say, therefore, that a body falls to the ground in death . . . and that which falls, rises again” (Against Marcion 5:9:3–4 [A.D. 210]).

“See, too, how for our consolation all nature suggests the future resurrection. The sun sinks down, but is reborn. The stars go out, but return again. Flowers die, but come to life again. After their decay shrubs put forth leaves again; not unless seeds decay does their strength return. A body in the grave is like the trees in winter: They hide their sap under a deceptive dryness. Why are you in haste for it to revive and return, while yet the winter is raw? We must await even the spring of the body. I am not ignorant of the fact that many, in the consciousness of what they deserve, would rather hope than actually believe that there is nothing for them after death. They would prefer to be annihilated rather than be restored for punishment” (Octavius 34:11–12 [A.D. 226]).

“Therefore be instructed by this, you fool, that each and every one of the seeds is clothed in its own body. Never do you sow wheat and reap barley, and never did you plant a vine and have it produce figs. But everything grows in accord with its own nature. So also the body which has been laid in the ground is the same which will rise again” (Treatises 8:3 [A.D. 340]).

“As for those who profess to be Christians . . . and who confess the resurrection of the dead, of our body and of the body of the Lord . . . but who at the same time say that the same flesh does not rise, but other flesh is given in its place by God, are we not to say that this opinion exceeds all others in impiety” (The Man Well-Anchored 87 [A.D. 374]).

“We confess one baptism for the forgiveness of sins; we look for a resurrection of the dead and life in the age to come. Amen” (Nicene Creed [A.D. 381]).

“[Jesus Christ] sits at the right hand of God the Father Almighty. From there he shall come to judge the living and the dead; at his coming all men have to rise again with their bodies and will render an account of their own deeds; and those who have done good will go into life everlasting, but those who have done evil, into eternal fire [Rom. 2:6–11]. This is the Catholic faith, unless everyone believes this faithfully and firmly, he cannot be saved” (Athanasian Creed [A.D. 400]).

“Perish the thought that the omnipotence of the Creator is unable, for the raising of our bodies and for the restoring of them to life, to recall all [their] parts, which were consumed by beasts or by fire, or which disintegrated into dust or ashes, or were melted away into a fluid, or were evaporated away in vapors” (The City of God 22:20:1 [A.D. 419]).

“God, the wonderful and inexpressible Artisan, will, with a wonderful and inexpressible speed, restore our flesh from the whole of the material of which it was constituted, and it will make no difference to its reconstruction whether hairs go back to hairs and nails go back to nails, or whatever of these had perished be changed to flesh and be assigned to other parts of the body, while the providence of the Artisan will take care that nothing unseemly result” (Handbook of Faith, Hope, and Charity 23:89 [A.D. 421]). 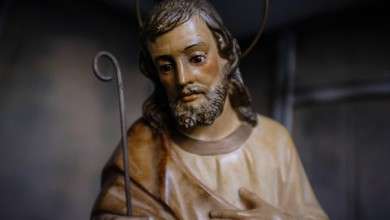 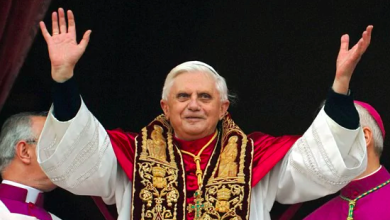 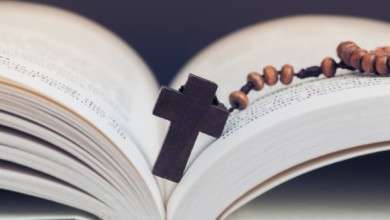