RTÉ  plans to revamp the Angelus to make it accessible to “people of all faiths and none”.This has been described as discriminatory because it would always remain a Catholic call to prayer.
It was in 1950 that Radio Éireann – then the national Irish broadcaster for radio – began the tradition of broadcasting the Angelus  three times daily – at 6am,noon and 6pm, When Radio Eireann became RTÉ– Radio Telefis Éireann – with the television bit added on in the 1960s, the tradition was also transferred to television broadcasts. It was also broadcast on television at 6pm.
The Angelus has been broadcast on RTÉ television since 1962, but many now see it as out of date in a country where religion is no longer as important as it once was. A new set of short films will aim to be “conducive to prayer or reflection for people of all faiths and none”, according to the broadcaster.
Jane Donnelly of Atheist Ireland said RTÉ’s presumption that an opportunity to pause and reflect should happen within the context of a Catholic call to prayer was “disrespectful to the philosophical convictions of many citizens”.
She added: “They wouldn’t dream of broadcasting a daily primetime programmed that called on atheists to proclaim that there is no God, then respond to criticism from Catholics by telling them they can be ‘included’ by praying during that broadcast. Yet RTÉ seems unable to see how inappropriate this is in reverse.”
The new broadcast by Ireland’s national TV station will now showcase aspiring Irish filmmakers and artists.
RTÉ will also designate one slot a week, on Fridays at 6pm, as “the People’s Angelus”, when it will showcase aspiring filmmakers and artists across Ireland.

RTÉ Genre Head of Religious Programmes, Roger Childs, said: “The Angelus broadcasts on RTÉ One and RTÉ Radio 1 have been a feature of Irish life and Irish broadcasting for decades and continue to offer a space for prayer and reflection in an ever changing, modern Ireland. We are delighted to announce the six newly-commissioned films and The People’s Angelus slot on Fridays and hope that the Angelus will continue to afford people of all faiths and none some quiet space in a hectic day-to-day world.” 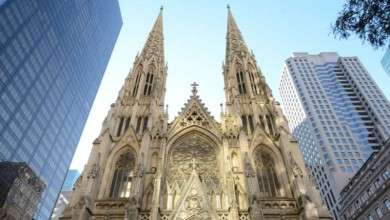 When is Mother Teresa’s canonisation?