Russia’s Catholic Church has condemned a Supreme Court decision to outlaw the Jehovah’s Witnesses and warned the move will increase fears of new restrictions on Catholic rights.
“Churches like ours don’t recognise the Jehovah’s Witnesses as Christian and don’t engage in dialogue with them, but we must distinguish theological issues from legal rights,” said Mgr Igor Kovalevsky, secretary-general of the Moscow-based Russian bishops’ conference.
“The situation in Russia is complex and difficult now. There are very strong misgivings among Catholics that we, too, may be facing – if not persecution, then at least new acts of discrimination and limits on our freedom of belief,” he said.
An April 20 Supreme Court ruling branded Jehovah’s Witnesses an “extremist organisation” and ordered the nationwide seizure of its property.
Mgr Kovalevsky told Catholic News Service that the Catholic Church could not understand which activities could be deemed “extremist,” adding that all religious groups had a right to “exist and develop in the Russian Federation” if they did not violate the law.
“The law must apply fairly to everyone … the law may be hard, but it’s still the law. I think the government owes everyone a precise explanation why this group is being liquidated,” Mgr Kovalevsky said.
Jehovah’s Witnesses were registered in Russia in 1991 and re-registered in 1999, but have faced regular arrests and police raids for handing out leaflets and door-to-door preaching. Their members have been assaulted and their property vandalised.
The Supreme Court ruling prescribed fines of up to nearly $10,700 and up to 10 years in jail for anyone engaging in Jehovah’s Witnesses activities.
Mgr Kovalevsky said although there were no signs that the Catholic Church would be treated like the Jehovah’s Witnesses, “the government needs to reassure citizens freedom of conscience will be upheld.”
“The Jehovah’s Witnesses have the same right to defend dignity and faith and other citizens,” he said. “Although upholding human rights isn’t our main task, the Catholic Church defends everyone’s right to freedom of conscience.”

Two priests found dead after being kidnapped in Mexico 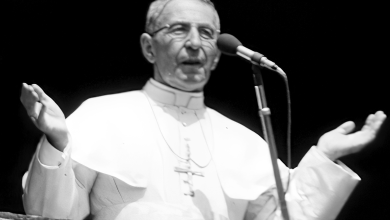