Blessed Josefa Martinez’ niece says she owes her life to her aunt, who was beatified Oct. 13 alongside 521 other martyrs of the Spanish Civil War.

Blessed Josefa Martinez’ niece says she owes her life to her aunt, who was beatified Oct. 13 alongside 521 other martyrs of the Spanish Civil War.

“I pray to her every day, and in Alberique, the town where Sister Josefina was born, many people are devoted to her,” Carmen Cubelle, 76, told CNA following the beatification.

“Many holy cards have been distributed, so people can pray novenas, or pray to her individually.”

The beatification was held in Tarragona, a city in the Spanish autonomous community of Catalonia.  The 522 martyrs were victims of anti-Catholic persecution, sought out in convents and in their homes, according to Bishop Demetrio Fernández González of Córdoba.

Cubelle’s family was among those persecuted, but she said she knows little of the Spanish Civil War “because in my house, my mother never spoke much about that time.”

Her father was killed for attending Eucharistic adoration at night, and a month later both her mother and her aunt, Sister Josefa Martinez of the Servants of Mary, were arrested. Sister Josefa had taken refuge in the family home to flee from the persecution.

Cubelle said that during the time in which her mother and aunt were imprisoned, Sister Josefa prayed aloud that the jailer would release her sister, who was six months pregnant with Carmen, and that she might take her place.

“Lord, if this jailer is a father and has a wife, move him to compassion, that he will set my set my sister free,” prayed Sr. Josefa. “May the life of her child be saved, may the life of my sister be saved and may they kill me. I want to die a martyr for her, for the faith, defending the lives of my sister and my nephew.”

Cubelle explained that “the jailers finally granted her request; and before sending Sister Josefa before the firing squad, my mother and my aunt bid each other farewell, and said they would meet again in eternity.”

“See you in heaven,” they said to each other. She owes her life to the generosity of her aunt, she added.

“I live thanks to the generosity of my aunt.”

Cubelle said she experienced the beatification of her aunt in a special way, despite her nervousness.

“It was so exciting, it is so amazing to have a blessed in the family,” she said, adding that she is not resentful.

“My mother forgave,” she explained, though “they killed her husband and her sister, and they were imprisoned.”

When Carmen’s mother went to identify the bodies of her husband and sister, she found that Sister Josefa was wearing a crucifix hidden under her clothes.

“We have kept that cross in our family since then, but now the parish in Alberique has asked to venerate it as a relic,” Cubelle said.

“In fact, my mother was asked if she wanted to file charges against the people who killed my father, and she said she didn’t want to know anything about it because she had forgiven them.” 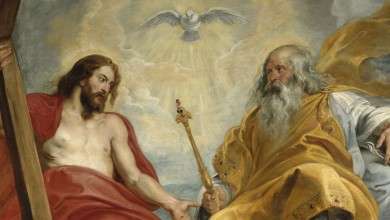 Will Our Next Pope Be the Last, Ushering in the End of the World? 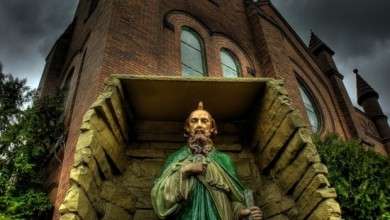 Feeling alone and depressed? Pray this prayer to St. Jude for hope 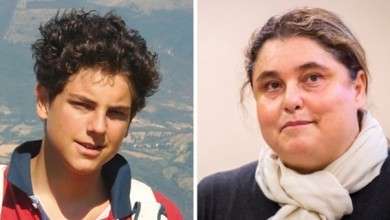