+ The life of this early saint is largely shrouded in legend and some have even questioned her existence, because so little is known about her. Although her name was removed from the General Roman Calendar in 1969 (although she continued to be included in the Church’s official list of saints), her commemoration was re-introduced in 2002. In respect for the privileged place she holds in the Eastern Catholic and Orthodox Churches.

+ According to long-standing tradition, which surrounds her life in mystery, Catherine was born in Alexandria, Egypt, and after converting to Christianity, she became a zealous witness for Christ and helped bring many to the Christian Faith.

+ She criticized the prefect Maxentius for his persecution of Christians and he ordered that fifty of Catherine’s converts be burned to death. He then offered Catherine his hand in marriage if she would deny Christ.

+ When Catherine refused, she was thrown into prison and condemned to death. She was to be killed on a spiked wheel (now commonly known as a “Catherine wheel”), but the torture device was miraculously broken into pieces.

+ Whatever the circumstances of her life and death, Saint Catherine of Alexandria is thought to have been martyred around the year 304.

+ Saint Catherine was one of the most popular saints of the Middle Ages and she has come to be honored as the patron of philosophers, on account of her heavenly wisdom and skill in arguing with Maxentius.

“Deep waters cannot quench love, nor floods sweep it away. Were on to offer all they own to purchase love, they would be roundly mocked.”—Song of Songs 8:7

who gave Saint Catherine of Alexandria to your people

as a Virgin and an invincible Martyr,

grant that through her intercession

we may be strengthened in faith and constancy

and spend ourselves without reserve

for the unity of the Church. 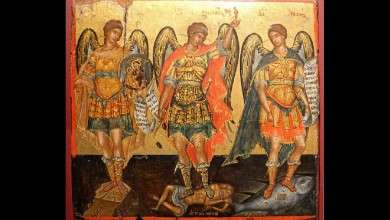 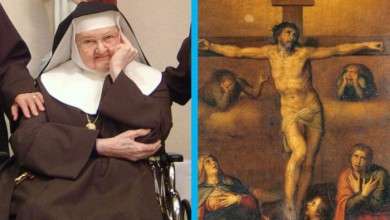 The Final Passion of Mother Angelica on Good Friday, Revealed by EWTN Priest 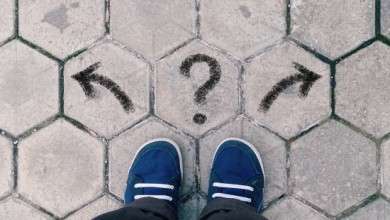 Pray this prayer when you are feeling lost 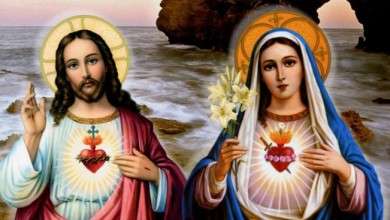 PRAYER FOR THIS MORNING (TUESDAY, SEPTEMBER 1)