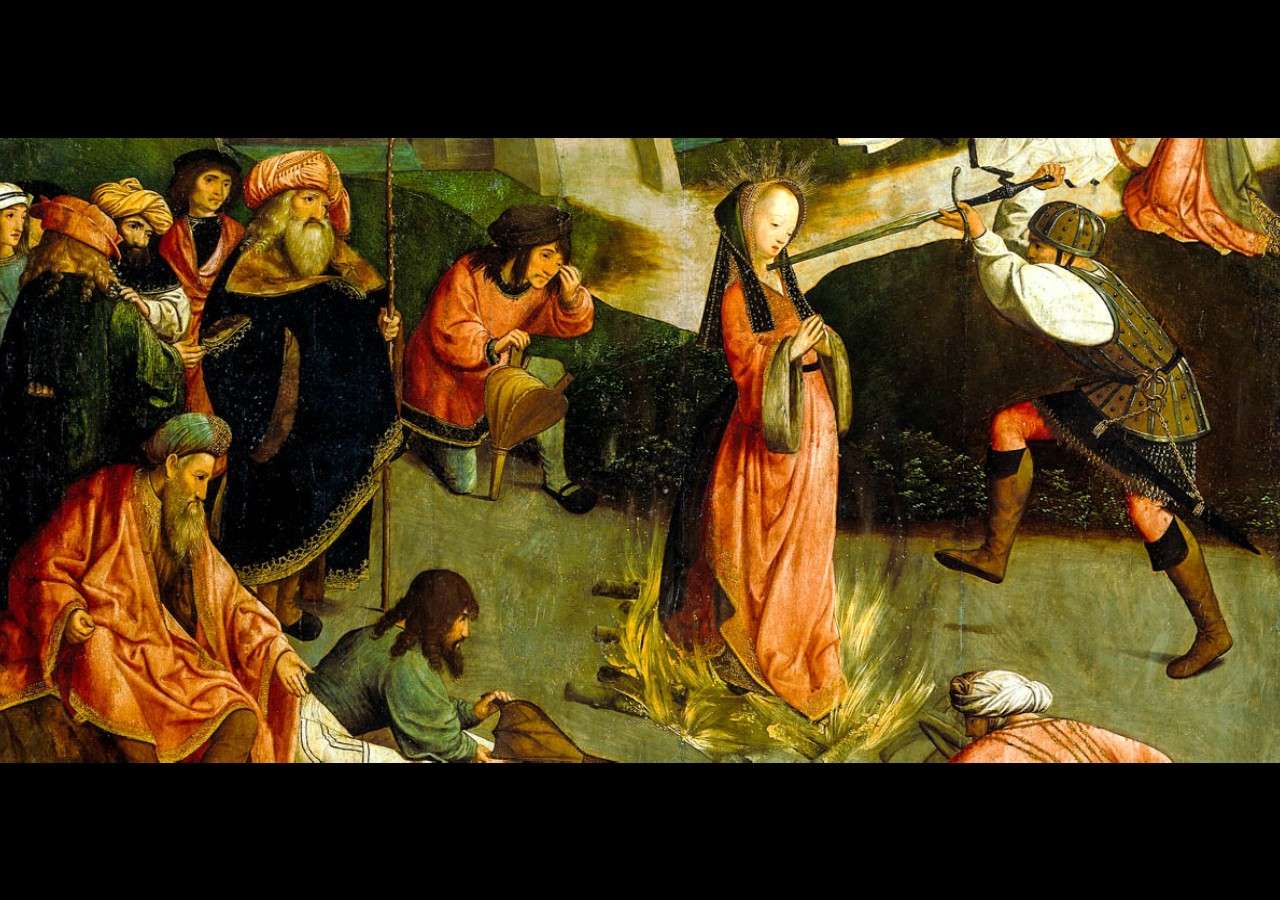 Life of SaintsPeople and History

Saint of the Day: Saint Lucy

Home » People and History » Life of Saints » Saint of the Day: Saint Lucy

+ Saint Lucy is one of many early virgin-martyrs—including Saint Eulalia, who was honored yesterday—who have been the object of devotion for centuries.

+ According to tradition, she was born in Syracuse, Sicily, and was educated by her widowed mother. Raised as a Christian, she took a vow of virginity, dedicated her whole self to Christ, at an early age.

+ During the persecution of the emperor Diocletian, a man (usually described as a soldier), tried to sexually assault Lucy. When she resisted, he denounced her as a Christian. She was arrested, tortured, and eventually murdered in 304.

+ Part of the story of Saint Lucy’s martyrdom relates that her eyes were gouged out. For this reason, she is honored as one of the patrons of the blind.

“She is the virgin who prepared a joyful home for God in her heart. / And therefore the Lord of heaven and earth has loved her.”—Responsory from the Office of Readings for the Memorial of Saint Lucy

On December 13, the Church celebrates another patron saint of the blind: Saint Odilia. The daughter of a French nobleman, she was born blind and rejected by her family. She was later given the gift of sight and, as penance, her father built a monastery for her, allowing her to fulfill her dream of dedicating her life to God as a nun. She served this community as abbess until her death in 720.

May the glorious intercession

of the Virgin and Martyr Saint Lucy

give us new heart, we pray, O Lord,

so that we may celebrate her heavenly birthday

in this present age

and so behold things eternal.

God, for ever and ever. Amen.

Prayer to St. Lucy against temptations

Life of Saints People and History No Comments