Known to tradition as Procla or Claudia, Pontius Pilate’s wife had a dream telling the Roman governor to free Jesus. What did she dream about to say so?

“While he was still seated on the bench, his wife sent him a message, ‘Have nothing to do with that righteous man. I suffered much in a dream today because of him.’” – Matthew 27:19

Mentioned in the Gospel’s only once, Pontius Pilate’s wife tells the Roman governor she had a dream the night before where she suffered because of Christ and to free Him. Extra-biblical tradition holds her to be named Procla or Claudia, and is regarded as a saint in the Eastern Catholic Churches. In the famous portrayal by Antonio Ciseri, Ecce Homo, a grieving Procla can be seen in the bottom right.

She converted to Catholicism, a belief held since the earliest days of the Church as attested to by Origen in his Commentary on the Gospel of Matthew. Origen suggested she was sent the dream as a message by God so she would convert.

The apocryphal (and certainly not authentic) Letter of Pilate to Herod names his wife as Procla, and tells of a more repentant Pilate.

“Behold, Procla my wife is believing in the visions which appeared unto her, when thou sentest that I should deliver Jesus to the people of Israel, because of the ill-will they had.

And when Procla my wife and the Romans heard these things, they came and told me, weeping; for they also were against him, when they devised the evils which they had done unto him. So that, I also was on the couch of my bed in affliction, and put on a garment of mourning.

I have sinned, O Lord, in that I sat and judged thee, who avengest all in truth. And lo, I know that thou art God, the Son of God, and I beheld thy humanity and not thy divinity. But Herod, with the children of Israel, constrained me to do evil unto thee. Have pity, therefore, upon me, O God of Israel!”

Other than being moving enough to intercede on Christ’s behalf to Pilate, not much is known of the content of the dream that caused her much suffering, and early Church writings and the Church Fathers have little to say. One pious tradition holds her dream was of countless Christians reciting and chanting in Latin sub Pontio Pilato – referring to the Apostle’s Creed.

Throughout history, Procla’s dream has been the subject of art, theater, and literature. Read below the famed poem “Pilate’s Wifes Dream” by Charlotte Brontë, a classic writer of English Literature.

“I’ve quench’d my lamp, I struck it in that start
Which every limb convulsed, I heard it fall—
The crash blent with my sleep, I saw depart
Its light, even as I woke, on yonder wall;
Over against my bed, there shone a gleam
Strange, faint, and mingling also with my dream.

It sank, and I am wrapt in utter gloom;
How far is night advanced, and when will day
Retinge the dusk and livid air with bloom,
And fill this void with warm, creative ray?
Would I could sleep again till, clear and red,
Morning shall on the mountain-tops be spread!

I’d call my women, but to break their sleep,
Because my own is broken, were unjust;
They’ve wrought all day, and well-earn’d slumbers steep
Their labours in forgetfulness, I trust;
Let me my feverish watch with patience bear,
Thankful that none with me its sufferings share.

Yet, oh, for light! one ray would tranquillize
My nerves, my pulses, more than effort can;
I’ll draw my curtain and consult the skies:
These trembling stars at dead of night look wan,
Wild, restless, strange, yet cannot be more drear
Than this my couch, shared by a nameless fear.

All black—one great cloud, drawn from east to west,
Conceals the heavens, but there are lights below;
Torches burn in Jerusalem, and cast
On yonder stony mount a lurid glow.
I see men station’d there, and gleaming spears;
A sound, too, from afar, invades my ears.

Dull, measured strokes of axe and hammer ring
From street to street, not loud, but through the night
Distinctly heard—and some strange spectral thing
Is now uprear’d—and, fix’d against the light
Of the pale lamps, defined upon that sky,
It stands up like a column, straight and high.

I see it all—I know the dusky sign—
A cross on Calvary, which Jews uprear
While Romans watch; and when the dawn shall shine
Pilate, to judge the victim, will appear—
Pass sentence-yield Him up to crucify;
And on that cross the spotless Christ must die.

Dreams, then, are true—for thus my vision ran;
Surely some oracle has been with me,
The gods have chosen me to reveal their plan,
To warn an unjust judge of destiny:
I, slumbering, heard and saw; awake I know,
Christ’s coming death, and Pilate’s life of woe.

I do not weep for Pilate—who could prove
Regret for him whose cold and crushing sway
No prayer can soften, no appeal can move:
Who tramples hearts as others trample clay,
Yet with a faltering, an uncertain tread,
That might stir up reprisal in the dead.

Forced to sit by his side and see his deeds;
Forced to behold that visage, hour by hour,
In whose gaunt lines the abhorrent gazer reads
A triple lust of gold, and blood, and power;
A soul whom motives fierce, yet abject, urge—
Rome’s servile slave, and Judah’s tyrant scourge.

How can I love, or mourn, or pity him?
I, who so long my fetter’d hands have wrung;
I, who for grief have wept my eyesight dim ;
Because, while life for me was bright and young,
He robb’d my youth—he quench’d my life’s fair ray—
He crush’d my mind, and did my freedom slay.

And at this hour—although I be his wife—
He has no more of tenderness from me
Than any other wretch of guilty life ;
Less, for I know his household privacy—
I see him as he is—without a screen;
And, by the gods, my soul abhors his mien!

Has he not sought my presence, dyed in blood—
Innocent, righteous blood, shed shamelessly?
And have I not his red salute withstood?
Ay, when, as erst, he plunged all Galilee
In dark bereavement—in affliction sore,
Mingling their very offerings with their gore.

Then came he—in his eyes a serpent-smile,
Upon his lips some false, endearing word,
And through the streets of Salem clang’d the while
His slaughtering, hacking, sacrilegious sword—
And I, to see a man cause men such woe,
Trembled with ire—I did not fear to show.

And now, the envious Jewish priests have brought
Jesus—whom they in mock’ry call their king—
To have, by this grim power, their vengeance wrought;
By this mean reptile, innocence to sting.
Oh! could I but the purposed doom avert,
And shield the blameless head from cruel hurt!

Accessible is Pilate’s heart to fear,
Omens will shake his soul, like autumn leaf;
Could he this night’s appalling vision hear,
This just man’s bonds were loosed, his life were safe,
Unless that bitter priesthood should prevail,
And make even terror to their malice quail.

Yet if I tell the dream—but let me pause.
What dream? Erewhile the characters were clear,
Graved on my brain—at once some unknown cause
Has dimm’d and razed the thoughts, which now appear,
Like a vague remnant of some by-past scene;—
Not what will be, but what, long since, has been.

I suffer’d many things—I heard foretold
A dreadful doom for Pilate,—lingering woes,
In far, barbarian climes, where mountains cold
Built up a solitude of trackless snows,
There he and grisly wolves prowl’d side by side,
There he lived famish’d—there, methought, he died;

But not of hunger, nor by malady;
I saw the snow around him, stain’d with gore;
I said I had no tears for such as he,
And, lo! my cheek is wet—mine eyes run o’er;
I weep for mortal suffering, mortal guilt,
I weep the impious deed, the blood self-spilt.

More I recall not, yet the vision spread
Into a world remote, an age to come—
And still the illumined name of Jesus shed
A light, a clearness, through the unfolding gloom—
And still I saw that sign, which now I see,
That cross on yonder brow of Calvary.

What is this Hebrew Christ? to me unknown
His lineage—doctrine—mission; yet how clear
Is God-like goodness in his actions shown,
How straight and stainless is his life’s career!
The ray of Deity that rests on him,
In my eyes makes Olympian glory dim.

The world advances; Greek or Roman rite
Suffices not the inquiring mind to stay;
The searching soul demands a purer light
To guide it on its upward, onward way;
Ashamed of sculptured gods, Religion turns
To where the unseen Jehovah’s altar burns.

Our faith is rotten, all our rites defiled,
Our temples sullied, and, methinks, this man,
With his new ordinance, so wise and mild,
Is come, even as He says, the chaff to fan
And sever from the wheat; but will his faith
Survive the terrors of to-morrow’s death ?

I feel a firmer trust—a higher hope
Rise in my soul—it dawns with dawning day;
Lo! on the Temple’s roof—on Moriah’s slope
Appears at length that clear and crimson ray
Which I so wished for when shut in by night;
Oh, opening skies, I hail, I bless pour light!

This day, Time travails with a mighty birth;
This day, Truth stoops from heaven and visits earth;
Ere night descends I shall more surely know
What guide to follow, in what path to go;
I wait in hope—I wait in solemn fear,
The oracle of God—the sole—true God—to hear.” 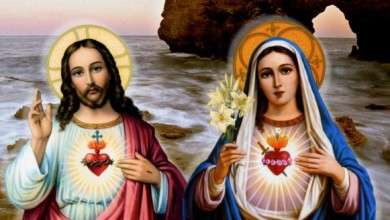 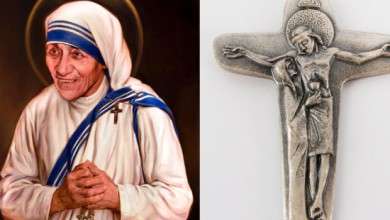 Why Baptism Must Come Before Confession 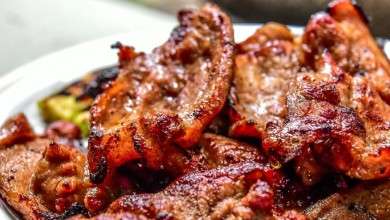