As the feast of Sts. Peter and Paul suggests, the Catholic Church today can learn a great deal from the way Romans in the early Church found ways to “Catholicize” the surrounding culture rather than always going to war aganst it.

This Wednesday, June 29, is the Solemnity of Saints Peter and Paul. It’s the patronal feast of the city of Rome and a high feast day throughout the Church.
Obviously, it honors the two great apostles of the Christian faith.
Each apostle, however, has other feast days that are only associated with them. For example, on February 22 we honor the Chair of St. Peter, a symbol of the authority given to the papal office by Jesus Christ, and on January 25 we honor the Conversion of St. Paul.
Why then does the Church have a joint feast day for both apostles? What lessons could be drawn from the feast day today that could help the Church in its dealings with the world?
Traditionally, the joint feast day was celebrated because it was believed that both apostles died on June 29 in the year 64 AD. While the historicity of that assertion is debated today, the belief of a shared day of martyrdom reflected a strong “Catholicizing” principle within the Church and in her engagement with the Roman culture at that time.
A little history can clarify things.
Ancient Rome prided itself in the story of its foundation. The city rallied around the mythic story of Romulus and Remus, the twin brothers who were born from the union between their  human mother, who was a Vestal Virgin and either Mars, the Roman god of war, or the great hero Hercules (depending on the source of the myth).
From their mother’s side, the twins were related to the Trojan prince Aeneas, one of the most iconic figures of the ancient world. After a rebellion against their grandfather’s rule, the young twins were left in the wilderness to die. The two, however, were nurtured by Lupa, a She-Wolf and eventually founded Rome.
The pride and importance of such myths cannot be underestimated since ancient cities and peoples developed their identities around them. No city would just exist. It needed a narrative. Rome especially needed a narrative as it grew and conquered vast portions of the known world at its time.
Romulus and Remus, therefore, were hailed as princes of Rome and their story and lineage were used as sources of credibility and prominence. Incidentally, even today the image of the twins and the she-wolf are on the shield of Rome.
The early Christians of Rome were also heavily influenced by the myth of the city’s foundation. And so, they saw Saints Peter and Paul as a new and improved Romulus and Remus, and looked for ways in which the apostles fulfilled the ancient myth and could be the true founders of Rome.
In particular, and in reference to the coming feast day, since the apostles were not twins and not even brothers in the flesh, the early Christians accepted a shared day of martyrdom for the apostles since it made them twins by being born into eternal life on the same day.
The apostles would be twins in eternity. For the Roman mind at that time, this was enough evidence to prove that the two apostles were the new princes of the city or, in Christian terms, the patronal saints of the city.
While the lack of clarity between myth and history might make the contemporary believer uneasy, the principle at work is very much needed in today’s Church.
The early Christians could have fought the idolatry of Rome, they could have declared a culture war with the world around them, but they did not.
Instead, they chose to follow a Catholicizing principle explained by St. Paul, who taught: “Finally, brothers and sisters, whatever is true, whatever is noble, whatever is right, whatever is pure, whatever is lovely, whatever is admirable-if anything is excellent or praiseworthy-think about such things.” (Philippians 4:8)
Rather than drawing boundaries against the world around them, the early Christians sought to baptize all things. When the early Christians died martyrs for the faith, it was not because they refused to engage with culture, but because culture refused to engage with them.
The early Christians understood their responsibility to be leaven within culture and salt and light within the world. Being a Christian was known to be principally about sharing Good News, and not just about zealously engaging in battles over bad news.
Why is this history important? Can it provide an invaluable lesson to the Church today?
The Catholicizing principle of the early Church in Rome can be a great help to the Church today. In the midst of Western state of affairs, it seems that some within the Christian faith are very eager to engage in culture wars before even attempting a Catholicizing principle.
The witness of the early Christians reminds believers today to focus on what is shared with culture, and to discern what is true and admirable, and to baptize whatever can be into a shared and universal worldview.
By Father Jeffrey F. Kirby 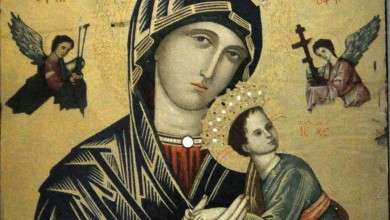 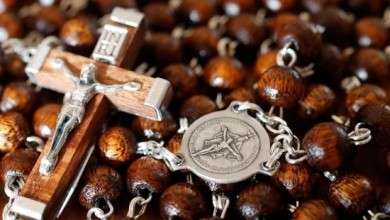