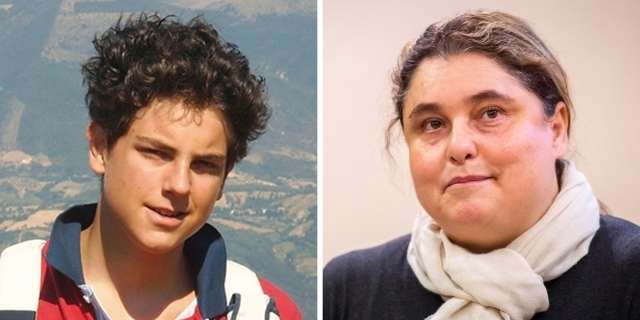 By Raphael BenedictDecember 20, 2020No Comments

Yes, usually it’s parents who pass the faith on to their children. But not always!

As families gather around the world (virtually or physically) to celebrate the birth of Christ, many find their conversations tense because of the different faiths of various members of the family. While some families may not argue over these differences, those of us who love Jesus can become deeply discouraged as we spend year after year watching our loved ones live far from Jesus and his Church. There are many saints who prayed for their children’s conversions (notably St. Monica), but it can be even trickier from the other side, as children long and hope for their parents to live in the fullness of the Catholic faith. Fortunately, there’s a saint for that: holy men and women whose lives and testimonies brought their parents (and even their in-laws) to Jesus.

Bl. Columba Kang Wan-suk (1761-1801) was born out of wedlock to a noble family. After becoming a wife and stepmother to Bl. Philip Hong Pil-ju, she became a Catholic and brought her stepson and her mother-in-law to Christ, along with her daughter. When her husband left her for a concubine, Columba’s mother-in-law chose to stay with Columba, so grateful was she for the spiritual influence of her ex-daughter-in-law; Columba’s stepson, too, remained with his father’s ex-wife, eager for Christian community. With her husband gone, Columba’s house became a hub of activity for the underground Church. Columba spent the rest of her life an evangelist and a catechist, the protector of Korea’s one (hunted) priest, and the heart of her community, before being martyred at age 40.

Bl. Luke Hwang Sŏk-tu (1811-1866) was the only son of a wealthy noble family. He was expected to rise to great heights in the government, but heard the Gospel preached when he was traveling to take his entrance examination and returned home announcing that he had foregone the examination to learn about Jesus. He was beaten by his father but refused to renounce his faith. Before long, Luke had converted his wife to Catholicism, for which offense his father threatened to have him killed. Finally, Luke resorted to silence, refusing to speak for two long years. His family tried everything to heal his apparent muteness, but finally were worn down by his obstinacy and consented to study the faith. They were converted, including his extremely anti-Catholic father. When arrested, Luke continued to preach the Gospel to prisoners until his martyrdom.

St. Kizito (1872-1886) was a page at the court of the kabaka (king) of Buganda. Though raised by pagan parents, Kizito was fascinated by Catholicism and sought baptism soon after coming to court. When he resisted the kabaka’s sexual harassment and attempts at assault, Kizito was arrested with the other Christians of the court and martyred. Though his parents had been devastated at the loss of their child, Kizito died with such joy that his father Lukomera began to wonder at a faith that could so move his young son. Though Lukomera had long resisted Catholicism so as to remain married to his many wives, he soon inquired about Kizito’s religion and became a Catholic, then a catechist who converted his whole village.

Servant of God Maurice Michael Otunga (1923-2003) was the son of a Bakhone chief in Kenya. His father had dozens of wives, but had chosen Otunga to be his successor as chief. When Otunga wanted to be baptized at 12, his father refused for a time, but ultimately relented. When the boy wanted to enter seminary, his father was silent for a full 24 hours, then dismissively said that he might go but would surely drop out. Though the chief spent the next years trying to persuade Otunga to abandon his vocation and return home to rule the tribe, Otunga was ordained a priest, then made bishop at only 33. Nearly 30 years after Otunga’s conversion, his parents were also baptized, now finally proud of their son’s vocation. Otunga was a powerful social justice and pro-life activist and worked with local Islamic leaders to oppose the use of contraception. He became the fist Kenyan cardinal.

Bl. Carlo Acutis (1991-2006) was raised by non-practicing Italian parents. Having learned about Jesus from his nanny, though, Carlo was deeply converted even as a preschooler. He began to ask his mother to take him to visit the Blessed Sacrament, something that would never have occurred to her. Before long, she had returned to the practice of her faith and was even enrolled in theology classes, the better to answer young Carlo’s questions. “He was like a little savior to me,” she says, fully aware that her conversion came through the example of her holy son. Carlo famously loved Eucharistic miracles and built a website sharing them with the world before dying quite suddenly of leukemia at 15.