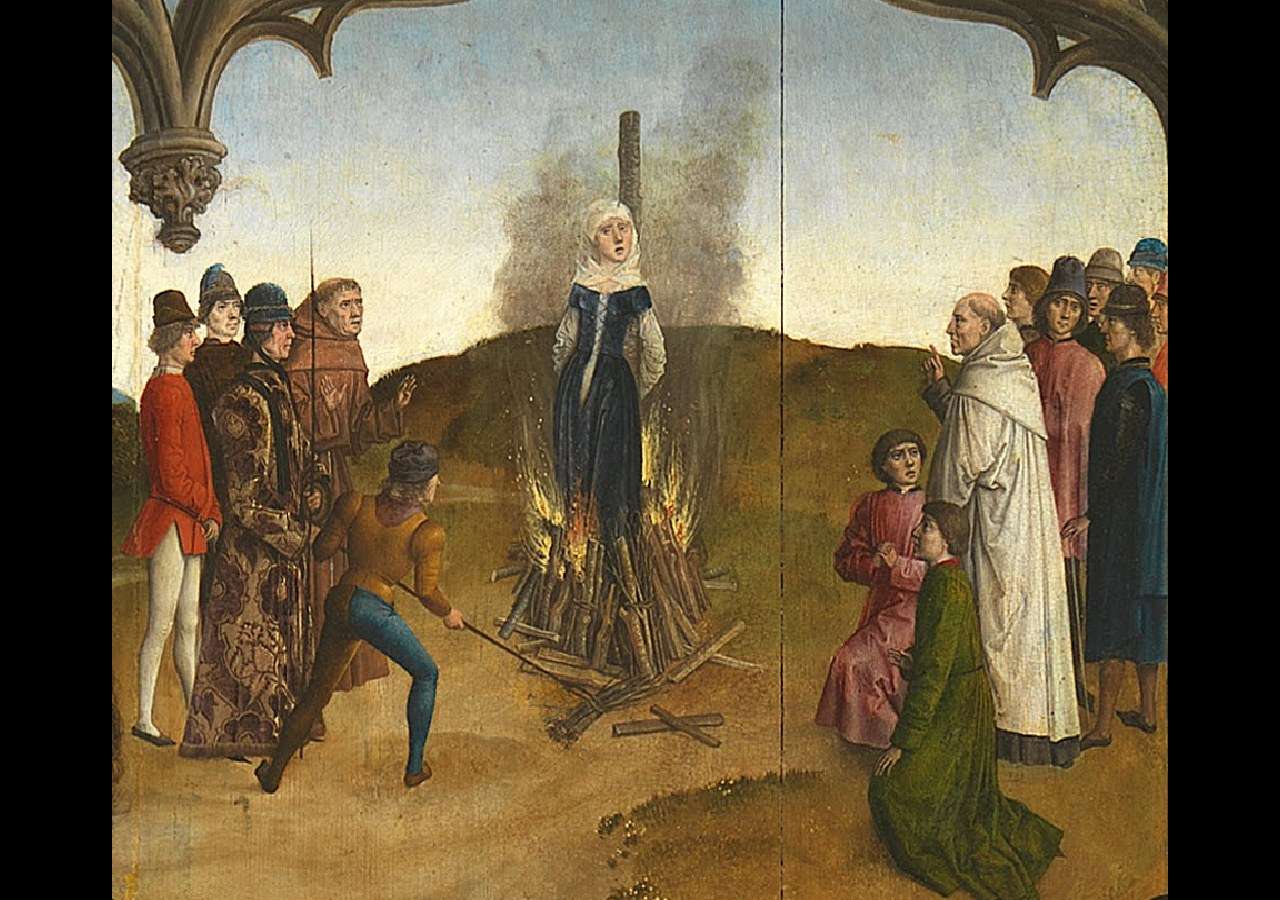 Some were able to clear their names; others went to their deaths because of the lies.

Throughout history, there has beeen saints who endured false accusations. A false accusation has the power to ruin—or even end—a life. For those who have experienced the agony of being falsely accused, these saints stand as witnesses that is it possible not only to survive such allegations, but also to grow in holiness in the process.

St. Gregory of Nyssa  was the son of saints and the brother of saints, raised in an esteemed family in Turkey. He became a bishop and an influential theologian in the early Church, but was utterly incompetent in matters of finances. This combined with his innocence (even naïveté) caused him to lose so much money that the governor accused him of embezzlement. Gregory was imprisoned; after escaping from his captors, he spent two years in exile before being restored to his see.

St. Richardis of Andlou was a French noblewoman who became Holy Roman Empress when her husband (known as Charles the Fat) was crowned emperor. When they had been married for nearly 20 years, Charles accused Richardis of infidelity, likely for political reasons. So eager was she to clear her name that she underwent a trial by fire; when she survived this trial, the vindicated Richardis refused to return to her husband. She founded a Benedictine Abbey and spent the rest of her life there instead.

St. Lorenzo Ruiz  was a husband and father, an ordinary man who loved the Rosary and worked as a calligrapher. But after he was falsely accused of killing a Spanish man, Lorenzo knew the law would offer him no protection. As a Filipino-Chinese man, there was no way the courts would take his word over his Spanish accusers’. Lorenzo chose to flee the country. Though he tried to go to China, where he could earn a living, he found himself instead bound for Okinawa, where Christians were being persecuted. He was arrested, imprisoned, and eventually martyred.

St. Joseph Vaz was the son of a Portuguese man and an Indian woman, but his heart always belonged to the island of Sri Lanka, from which all Catholic priests had been banished 30 years earlier. After his ordination, Fr. Joseph made his way to Sri Lanka in secret. But Dutch Calvinists had conspired to prevent any Catholic ministry in Sri Lanka by insisting to the native governments that any priests who might come were Portuguese spies. Fr. Joseph was arrested and imprisoned, but later earned the respect of the king by praying for rain in a drought-stricken country, then standing bone-dry in the midst of a deluge that poured everywhere but directly over him. He spent the next 15 years evangelizing freely.

St. Agatha Kwon Chin-i was the daughter of a Korean nobleman. Though she was married at 12 or 13, her husband was too poor to bring her into his home, so Agatha remained a virgin in her father’s house. When Fr. Pacificus Yu Pang-che arrived from China, the first priest to set foot in Korea in over 30 years, Agatha began to work as his housekeeper. She told him of her desire to remain a virgin, and Fr. Pacificus “had the marriage annulled” (though the records say nothing of what formal steps he took). The rumor mill got to work, as Agatha continued to work in Fr. Pacificus’ home, and soon much of the Church was convinced that the two were having an affair. When St. Pierre Maubant arrived, he sent Fr. Pacificus back to China. Agatha regretted her imprudence in causing the appearance of scandal, and began to long for martyrdom. At 19, she was arrested and imprisoned, along with her mother, St. Magdalene Han Yong-I; the two were both martyred.

Bl. Miguel Pro is famous for his sense of humor, his witty disguises, and his ultimate martyrdom during the Cristero War. But while Fr. Pro was killed for his faith, the technical charge was not priesthood but attempted assassination. Though a confessed conspirator insisted that Fr. Pro and his brothers had nothing to do with the attempted murder of the president of Mexico, it was a convenient charge to pin on the men they had sought for so long. After being hunted down and arrested, Fr. Pro was executed without trial.

Bl. Ceferino Giménez Malla was a Roma husband, father, and horse trader. Though he had a reputation for his honest dealings, Ceferino was once found with two mules that had been stolen. Buying into prejudice, the police were convinced he must be a thief, and Ceferino was imprisoned before he had a chance to produce the bill of sale proving that he had purchased the animals from the true thief. When his name was finally cleared, Ceferino walked on his knees to the cathedral to give thanks. Years later, he was arrested again, this time for defending a priest during the Spanish Civil War; that arrest ended in his martyrdom.

Do you know any other Saints who endured false accusations? Write them on comment. Thanks