These moms and dads knew the sorrow of saying good-bye even before they could take their babies in their arms.

The agony of losing a child is something no parent wants to experience, whether that loss comes before or after birth. Those who have lost children to miscarriage or stillbirth may be consoled to know that there are Saints who experienced similar suffering. While there are surely countless Saints who experienced miscarriages without any record being made of the fact, there are a few whose loss is known to us. Through their intercession, may grieving parents find peace.

Bl. Catalina de María Rodríguez de Zavalía (1823-1896) was born Saturnina Rodríguez. She discerned a vocation to apostolic religious life when she was 17, but found that there were no apostolic women’s religious communities in Argentina. Rather than encouraging her to found a new community or to leave the country to follow her vocation, Saturnina’s spiritual director insisted that she get married to his (emotionally unstable and abusive) childhood friend Manuel, and become stepmother to Manuel’s son and daughter. Though a loving stepmother, Saturnina struggled with infertility. She and Manuel had only one child in their 13 years of marriage, a daughter named Catalina who was stillborn. When Saturnina was 42, her husband died and she was able to follow her call to religious life. Despite seven years of opposition and setbacks, she persisted, and finally succeeded in establishing the community she had hoped to join more than 30 years earlier. When she made vows, she took the name Catalina de María, after her stillborn daughter Catalina. Mother Catalina spent the rest of her life as a spiritual mother to the many women who joined her order and the many people they served, including prostitutes, women of mixed race, poor women, and enslaved women.

Bl. Frédéric Ozanam (1813-1853) is best known as the founder of the Society of St. Vincent de Paul, an international organization that provides direct personal service to the poor. He founded the Society at the age of 20 in response to an atheist friend who found evidence of the Church’s charitable works of the past uncompelling. “What is your Church doing now?” he asked. “What is she doing for the poor of Paris? Show us your works and we will believe you!” Together with some of his friends, Frédéric did just that. While leading the Society, he was admitted to the Bar, earned a doctorate with a thesis on Dante, and became a professor of foreign literature. He married at 28 and doted on his wife Amélie, bringing her flowers on the 23rd of each month to commemorate their marriage. Together, they experienced the anguish of losing their first two children to miscarriage. After their first loss, they spent some time apart as Amélie attempted to recover at her parents’ home; Frédéric wrote her almost daily until he was able to rejoin her. His beautiful letters speak of his sorrow, his longing for his wife, and the consolation he found in the Eucharist. The couple ultimately had a daughter, Marie, on whom Frédéric doted until his death from consumption at only 40.

St. Gianna Molla (1922-1962) is best known for her heroic death, offered for the life of her unborn daughter. Married just before her 33rd birthday, Gianna hoped to have a large family. And while she had difficult pregnancies, complicated by her age, Gianna rejoiced at each positive pregnancy test. By their fourth anniversary, Gianna and her husband Pietro had three small children. But Gianna lost her fourth and fifth children to miscarriage; each time she was disconsolate, worried about the fate of her babies’ souls and begging her friends to pray for them. When she became pregnant again and doctors found a tumor in her uterus, Gianna was ready to do whatever was necessary to save her baby. She loved her lost children too much to lose another and gladly chose a treatment that would protect her unborn baby, reminding Pietro, “If you must decide between me and the child, do not hesitate: choose the child—I insist on it. Save her.” The baby was born healthy and Gianna died a week later.

Servants of God Cyprien and Daphrose Rugamba (1935-1994, 1944-1994) were a Rwandan couple with a troubled marriage from the start. Cyprien was an atheist and a womanizer while Daphrose was a devout Catholic. When their first child was lost to miscarriage, Daphrose was heartbroken, but Cyprien wasn’t (yet) a man who could love his wife in her pain. In fact, shortly after their next baby was born healthy, Cyprien took their son and abandoned Daphrose. He accused her of witchcraft and returned her to her family home. Though he ultimately took her back and the couple went on to have nine more children together (in addition to raising one child whom Cyprien conceived during an affair), it would be many years before there was healing in their marriage. Finally, Cyprien experienced a miraculous conversion and sought the forgiveness of his wife, who offered it wholeheartedly. The two became the heart of spiritual renewal in the Rwandan church before they were killed in the 1994 genocide. 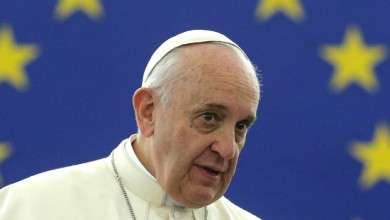 Prayer has to be bold, says pope

Remains of Padre Pio to be displayed in Rome next month 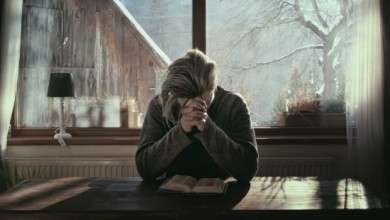 4 Lessons from St. Augustine to keep us from unhealthy oversharing 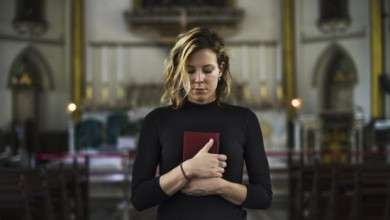