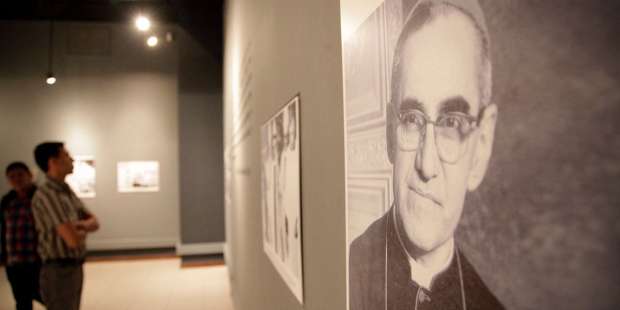 Bishops of the country call for investigation, lament other priests’ deaths.

Church leaders in El Salvador are calling for an investigation of the apparent murder of a Catholic priest who was rector of a seminary.Fr. Ricardo Antonio Cortez, rector of the San Oscar Arnulfo Romero Seminary in Santiago de Maria, reportedly was shot along a road Friday. The Associated Press quoted officials saying he was intercepted and shot by unknown attackers while on his way to the city, which is in eastern El Salvador. The motive for the killing wasn’t immediately known, AP said.

“We condemn and repudiate the vile assassination that he suffered,” Bishop Elias Samuel Bolanos Avelar of Zacatecoluca said in a statement. He called the priest’s death “unexplainable,” as he was “good, affable, dedicated to his flock and to the formation and education of the seminarians and to the members of the faithful he served.”

“The innocent blood of a good priest once agains irrigates the land of El Salvador,” Bishop Bolanos continued, noting it was the 40th anniversary of the martyrdom of Romero, four American women religious and Brother Cosme Spessotto.

The bishop thanked the forensic doctors and attorney general for their determination to open an investigation.

He invited the bishops and priests of the country to Fr. Cortez’ funeral on Saturday morning.

“We reiterate most energetically our condemnation of this terrible crime,” said Archbishop José Luis Escobar Alas, speaking for the nation’s conference of bishops.

The bishops also called for justice in the slayings of two other priests, Walter Osmar Vásquez Jiménez, killed on March 29, 2018, and Cecilio Pérez, on May 18, 2019, AP said.

“It is very sad to be unable to trust in justice, to not feel secure, that anything can happen at any moment,” said Cardinal Gregorio Rosa Chávez, auxiliary bishop of San Salvador, who participated in the funeral.