Many people misunderstand the nature of this teaching.

The following quotations from the Church Fathers give the straight story. They show that the early Church held the same position on this as the contemporary Church does—that is, while it is normatively necessary to be a Catholic to be saved (see CCC846; Vatican II, Lumen Gentium 14), there are exceptions, and it is possible in some circumstances for people to be saved who have not been fully initiated into the Catholic Church (CCC847).

Notice that the same Fathers who declare the normative necessity of being Catholic also declare the possibility of salvation for some who are not Catholics.

These can be saved by what later came to be known as “baptism of blood” or ” baptism of desire” (for more on this subject, see the Fathers Know Best tract, The Necessity of Baptism).

The Fathers likewise affirm the possibility of salvation for those who lived before Christ and who were not part of Israel, the Old Testament People of God.

However, for those who knowingly and deliberately (that is, not out of innocent ignorance) commit the sins of heresy (rejecting divinely revealed doctrine) or schism (separating from the Catholic Church and/or joining a schismatic church), no salvation would be possible until they repented and returned to live in Catholic unity.

“Be not deceived, my brethren: If anyone follows a maker of schism [i.e., is a schismatic], he does not inherit the kingdom of God; if anyone walks in strange doctrine [i.e., is a heretic], he has no part in the passion [of Christ]. Take care, then, to use one Eucharist, so that whatever you do, you do according to God: For there is one flesh of our Lord Jesus Christ, and one cup in the union of his blood; one altar, as there is one bishop, with the presbytery and my fellow servants, the deacons” (Letter to the Philadelphians 3:3–4:1 [A.D. 110]).

“[The spiritual man] shall also judge those who give rise to schisms, who are destitute of the love of God, and who look to their own special advantage rather than to the unity of the Church; and who for trifling reasons, or any kind of reason which occurs to them, cut in pieces and divide the great and glorious body of Christ, and so far as in them lies, destroy it—men who prate of peace while they give rise to war, and do in truth strain out a gnat, but swallow a camel. For they can bring about no ‘reformation’ of enough importance to compensate for the evil arising from their schism. . . . True knowledge is that which consists in the doctrine of the apostles, and the ancient constitution of the Church throughout all the world, and the distinctive manifestation of the body of Christ according to the successions of the bishops, by which they have handed down that Church which exists in every place [i.e., the Catholic Church]” (ibid., 4:33:7–8).

“Before the coming of the Lord, philosophy was necessary for justification to the Greeks; now it is useful for piety . . . for it brought the Greeks to Christ as the law did the Hebrews” (Miscellanies1:5 [A.D. 208]).

“[T]here was never a time when God did not want men to be just; he was always concerned about that. Indeed, he always provided beings endowed with reason with occasions for practicing virtue and doing what is right. In every generation the wisdom of God descended into those souls which he found holy and made them to be prophets and friends of God” (Against Celsus 4:7 [A.D. 248]).

“If someone from this people wants to be saved, let him come into this house so that he may be able to attain his salvation. . . . Let no one, then, be persuaded otherwise, nor let anyone deceive himself: Outside of this house, that is, outside of the Church, no one is saved; for, if anyone should go out of it, he is guilty of his own death” (Homilies on Joshua 3:5 [A.D. 250]).

“Let them not think that the way of life or salvation exists for them, if they have refused to obey the bishops and priests, since the Lord says in the book of Deuteronomy: ‘And any man who has the insolence to refuse to listen to the priest or judge, whoever he may be in those days, that man shall die’ [Deut. 17:12]. And then, indeed, they were killed with the sword . . . but now the proud and insolent are killed with the sword of the Spirit, when they are cast out from the Church. For they cannot live outside, since there is only one house of God, and there can be no salvation for anyone except in the Church” (Letters 61[4]:4 [A.D. 253]).

“Peter himself, showing and vindicating the unity, has commanded and warned us that we cannot be saved except by the one only baptism of the one Church. He says, ‘In the ark of Noah a few, that is, eight souls, were saved by water. Similarly, baptism will in like manner save you” [1 Peter 3:20-21]. In how short and spiritual a summary has he set forth the sacrament of unity! In that baptism of the world in which its ancient wickedness was washed away, he who was not in the ark of Noah could not be saved by water. Likewise, neither can he be saved by baptism who has not been baptized in the Church which is established in the unity of the Lord according to the sacrament of the one ark” (ibid., 73[71]:11).

“[O]utside the Church there is no Holy Spirit, sound faith moreover cannot exist, not alone among heretics, but even among those who are established in schism” (Treatise on Rebaptism 10 [A.D. 256]).

“It is, therefore, the Catholic Church alone which retains true worship. This is the fountain of truth; this, the domicile of faith; this, the temple of God. Whoever does not enter there or whoever does not go out from there, he is a stranger to the hope of life and salvation. . . . Because, however, all the various groups of heretics are confident that they are the Christians and think that theirs is the Catholic Church, let it be known that this is the true Church, in which there is confession and penance and which takes a health-promoting care of the sins and wounds to which the weak flesh is subject” (Divine Institutes 4:30:11–13 [A.D. 307]).

“Heretics bring sentence upon themselves since they by their own choice withdraw from the Church, a withdrawal which, since they are aware of it, constitutes damnation. Between heresy and schism there is this difference: that heresy involves perverse doctrine, while schism separates one from the Church on account of disagreement with the bishop. Nevertheless, there is no schism which does not trump up a heresy to justify its departure from the Church” (Commentary on Titus 3:10–11 [A.D. 386]).

“We believe also in the holy Church, that is, the Catholic Church. For heretics violate the faith itself by a false opinion about God; schismatics, however, withdraw from fraternal love by hostile separations, although they believe the same things we do. Consequently, neither heretics nor schismatics belong to the Catholic Church; not heretics, because the Church loves God; and not schismatics, because the Church loves neighbor” (Faith and the Creed 10:21 [A.D. 393]).

“[J]ust as baptism is of no profit to the man who renounces the world in words and not in deeds, so it is of no profit to him who is baptized in heresy or schism; but each of them, when he amends his ways, begins to receive profit from that which before was not profitable, but was yet already in him” (On Baptism, Against the Donatists 4:4[6] [A.D. 400]).

“I do not hesitate to put the Catholic catechumen, burning with divine love, before a baptized heretic. Even within the Catholic Church herself we put the good catechumen ahead of the wicked baptized person . . . For Cornelius, even before his baptism, was filled up with the Holy Spirit [Acts 10:44–48], while Simon [Magus], even after his baptism, was puffed up with an unclean spirit [Acts 8:13–19]” (ibid., 4:21[28]).

“The apostle Paul said, ‘As for a man that is a heretic, after admonishing him once or twice, have nothing more to do with him’ [Titus 3:10]. But those who maintain their own opinion, however false and perverted, without obstinate ill will, especially those who have not originated the error of bold presumption, but have received it from parents who had been led astray and had lapsed . . . those who seek the truth with careful industry and are ready to be corrected when they have found it, are not to be rated among heretics” (Letters 43:1 [A.D. 412]).

“Whoever is separated from this Catholic Church, by this single sin of being separated from the unity of Christ, no matter how estimable a life he may imagine he is living, shall not have life, but the wrath of God rests upon him” (ibid., 141:5). 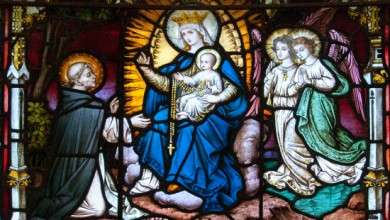 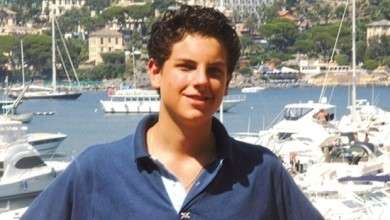 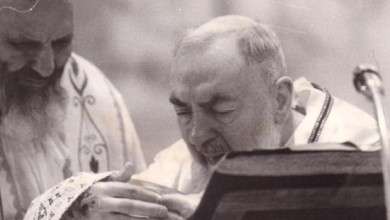 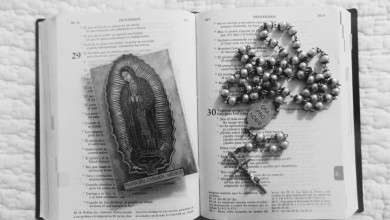