Advertisement
Police are investigating a possible hate crime after a man allegedly threatened to kill a nun who was praying inside a Catholic Church in Brooklyn yesterday afternoon.
The nun is the Mother Superior of her community, according to the Diocese of Brooklyn, and was praying inside the Co-Cathedral of St. Joseph around 2 p.m. when a shirtless man approached her.
In the video, the man can be seen meandering through the entrance and the nearly-empty church before he stops in at the pew in front of the praying nun.
He told the nun: “I don’t believe in this because you don’t help the poor.” When she did not respond, he said, “What did I say?”
At that moment, the nun looked around the church at a woman in another pew.
“She can’t help you. I’m going to kill you,” the man said, according to the Diocese of Brooklyn. The video then shows the nun running out of the church to call for help.
The incident was caught on surveillance video.

In a press release, the Diocese described the man as African-American, bald, about 6’ tall with a medium build. He was wearing khaki shorts and white sneakers, and was carrying a white baseball-style cap in his hand and a shirt in his back pocket.
The nun was praying in the church while another sister from the parish is leading a service mission to assist the poor in West Virginia.
Anyone with information about the incident is asked to call Crime Stoppers at 1-800-577-TIPS.
CNA has reached out to the Diocese for additional comment.
Advertisement
Raphael Benedict Send an email July 8, 2017Last Updated: July 8, 2017
1 minute read
Facebook Twitter WhatsApp Telegram Line Share via Email
Advertisement 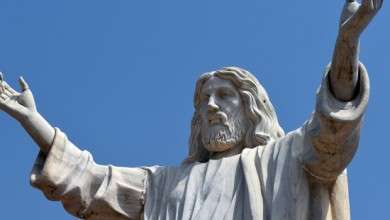 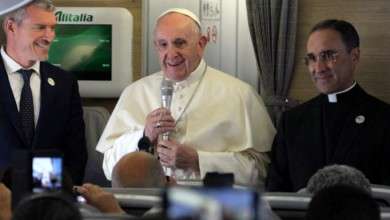