Should I attend the infant baptism of cafeteria Catholic parents who are very pro-gay and pro-abortion?

Regarding the issue of whether the child should be baptized: It is not the parents who are receiving the baptism, it is the innocent child. Without knowing whether or if these parents shared their personal views on homosexuality and abortion with the baptismal celebrant, all I can say is that the prudent course is usually to trust the baptismal celebrant to have determined that the child is able to be baptized. Benedict XVI once said, regarding the celebration of the sacraments for the children of non-believing and/or non-practicing Catholics:

When I was young I was rather more severe. I said: The sacraments are the sacraments of the faith, and when the faith isn’t there, where there’s not practice of the faith, the sacraments can’t be conferred. . . . [I] have realized that we have to follow instead the example of the Lord, who was very open also with the people who were at the margins of Israel at that time. He was a Lord of mercy, too open—according to many of the official authorities—with sinners, welcoming them or allowing himself to be welcomed by them at their dinners, drawing them to himself in his communion (Audience with Priests, August 6, 2008).

In this case, the Pope Emeritus was speaking in regards to administering first Communion and confirmation to already-baptized children whose parents were not active in their faith. How much more imperative might it be then that priests administer baptism whenever there is reason to have hope that the child will be raised Catholic? (The parents in your report are Catholic, although their understanding of their Catholic faith evidently is flawed.) Baptism is, after all, ordinarily necessary for salvation (cf. 1 Pet. 3:21).
As for whether you should attend, that is a separate issue from whether the child should be baptized. No one is required to attend a baptism, so you would be within your rights to decline to attend. Since the baptism presumably will be a valid baptism though, you could go to the baptism. If there is a party after the baptism, you could either choose to go in honor of the fact of the child’s baptism, or you could choose not to go if you believe to do so would in some way show inappropriate support for the parents. In this case, you would make the best judgment you could in light of what you know about the situation.

Was I wrong to take the host back to my pew? 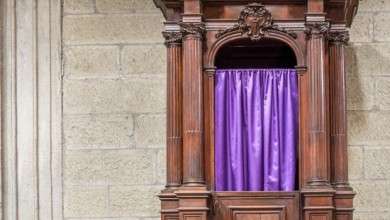 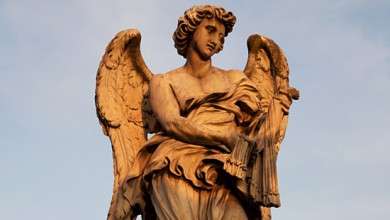 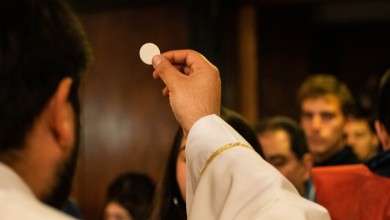