In my parish many people at Mass hold their hands up while praying, like the priest does. I heard that this is an ancient posture of prayer and that it is good to pray this way. Is this true?

One can pray in whatever posture one feels is most conducive to prayer if one is engaging in private, non-liturgical prayer. However, when one is praying in a liturgical service, such as Mass, there are rules to be followed.
It is true that praying with arms outstretched is one of the historic postures of prayer. However, this fact alone does not mean that it is to be used in any and all circumstances.
Prostrating oneself on one’s face is also a historic posture of prayer, but neither the priest nor the laity are directed to assume this posture during a regular Mass. During a Mass where ordinations are taking place, the candidates for ordination are directed to prostrate themselves during the Litany of the Saints. However, if people were to assume this posture willy-nilly, in any Mass, the liturgy could be seriously impeded.
This is why people are supposed to adopt those postures the rubrics direct them to adopt and not other ones. Switching to a different posture causes problems in the liturgy, either physically or symbolically.
In the case of the laity praying with arms outstretched, it causes both physical and symbolic problems in the liturgy.
It causes physical problems because the laity typically sit right next to each other in pews. If they fully extended their arms, people would be whapped in the face or knocked out of the pew. If they only partially extend their arms, everybody gets cramped unnecessarily. Either way, it is not a good idea, for physical reasons alone, for the laity to begin stretching their arms out in prayer at Mass.
There are also symbolic problems associated with their doing so. No matter how the posture may or may not have been used in antiquity, today it is a priestly posture in the liturgy.
This is repeatedly made clear in the Church’s liturgical documents. For example, the Ceremonial of Bishops notes: “Customarily in the Church a bishop or presbyter addresses prayers to God while standing with hands slightly raised and outstretched” (CB 104).
Similarly, in the Book of Blessings, whenever there is a blessing which can be performed either by a member of the clergy or the laity, the rubrics invariably directs that “A minister who is a priest or deacon says the prayer of blessing with hands outstretched; a lay minister says the prayer with hands joined” (BB 1999). Over and over again, the rubrics direct clergy to pray with hands outstretched and laity with hands joined.
Because of the special association praying with hands outstretched has with priestly office, some dissident elements in the Church have desired to get the laity into the habit of praying in this posture during Mass. This furthers the dissident agenda of continuing to blur the line between the laity and the clergy.
Fortunately, the recent Instruction on Collaboration (Nov. 13, 1997) drew the line on this issue and specifically mandated that “Neither may . . . non-ordained members of the faithful use gestures or actions which are proper to the . . . priest celebrant” (ICP, Practical Provisions 6 §2).
The reference to gestures that are appropriate to the priest celebrating the Mass certainly includes praying with arms outstretched, which is probably the single most frequent gesture the rubrics direct him to make during Mass and which is clearly tied to the office of priest in the Church’s liturgical documents.
Consequently, in the liturgy, laity should not be praying with hands outstretched. 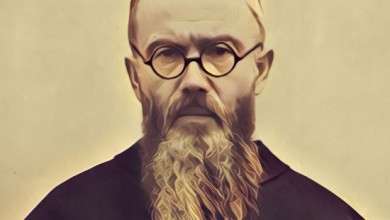 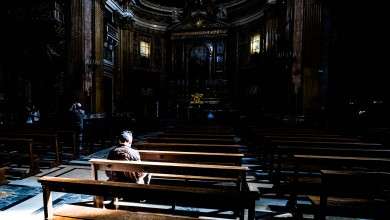 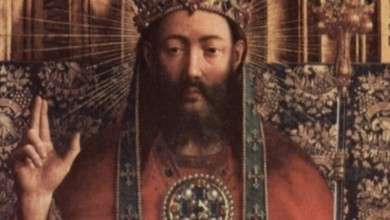 AND TODAY WE CELEBRATE… The Solemnity of Our Lord Jesus Christ, King of the Universe (SUNDAY, NOVEMBER 22) 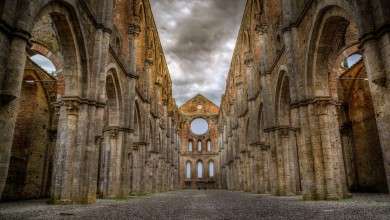