For midday Sunday prayer, pope is back at the window overlooking St. Peter’s for first time since lockdown began.

Pope Francis concluded his reflections after the midday Regina Caeli by adding just a bit to his typical Sunday greetings. He asked the faithful not to forget to pray for him, and wished them a nice lunch. Arrivederci, he said with a big smile: See you soon “here in the Square!”

The Holy Father was able to pray the Regina Caeli from the window overlooking St. Peter’s Square for the first time since Italy began lockdown in March. This is the last Regina Caeli of the season, since with today’s feast of Pentecost, the Easter season comes to a close and the Church returns to the praying of the Angelus.

Several dozen people waved and cheered from the Square below — a limited number given that they still have to stand with the designated safe distance between them.

In his address, the pope reiterated a message he had given to the Charismatic Renewal during a global Pentecost Vigil event on Saturday. We will come out of the pandemic either better or worse, he affirmed, urging us to work to make it “better.”

Remembering the first Pentecost and how it brought the Apostles back to Easter, the Bishop of Rome noted how with that day of grace, the Church began her mission.

“By forgiving and gathering His disciples around Him,” the Pope said, “Jesus makes them His Church: a community reconciled and ready for mission.”

It was precisely in order “to inspire mission” that Jesus sent His Holy Spirit, “the fire of love with which the disciples can ‘set the world on fire.’”

We receive that Spirit in the Sacraments, the pope explained, including the Spirit’s gifts, among which is “fear of the Lord,” which is “precisely the opposite of the fear that previously paralyzed the disciples.”

Those suffering in the Amazon

Noting how the bishops’ meeting on the regions of the Amazon concluded seven months ago, the Holy Father spoke about how the Amazon region is being sorely tried by the pandemic, and called on the intercession of Mary, Mother of the Amazon, for their healing and protection.

Brazil is fast becoming the new epicenter of the pandemic, with several hundred deaths recorded each day.

The pope also led a moment of silence for all those who have given their lives in service during the pandemic.

Read more:
We are not confetti blown in the wind, but pieces of a mosaic: Full text of pope’s Pentecost homily 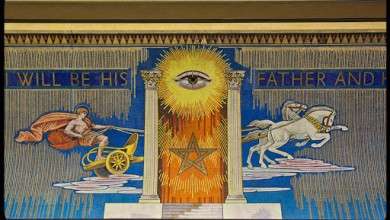 Give God control: 20 verses to help during anxiety and fear 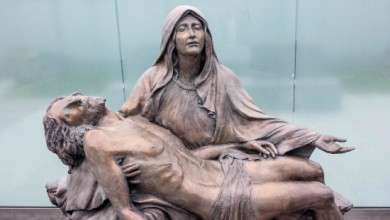