Most priests face the temptation to add or remove from the liturgy of the Church. To alter it’s rubrics or to totally ignore some parts they consider unnecessary. This is what “Liturgical Abuse” is. When the priest treats the Mass as an entertainment or something casual, the entire meaning of the Mass is altered and people are seriously scandalized by this.

“(not all of the changes in the liturgy) have always and everywhere been accompanied by the necessary explanation and catechesis; as a result, in some cases there has been a misunderstanding of the very nature of the liturgy, leading to abuses, polarization, and sometimes even grave scandal.” – Pope St John Paul II

Holding hands during the Our Father:

This is widespread in some countries. For some reason the priest asks people to hold hands during the Our Father at mass. When looked in itself it seems harmless, however it is an illicit addition to the liturgy. The official publication of the Sacred Congregation for the Sacrament sand Divine Worship, Notitiae (11 [1975] 226), says the practice

“must be repudiated . . . it is a liturgical gesture introduced spontaneously but on a personal initiative; it is not in the rubrics.” And anything not in the rubrics is unlawful, again because “no other person . . . may add . . . anything [to] the liturgy on his own authority” (ibid).

It goes further to name a number of known variations; the priest may never invite the congregation to circle around the altar or hold hands during Consecration. The prescribed positions for each person must be maintained: He is to be in the sanctuary while the lay faithful stay outside, in the pews.

Disregarding the prescribed text of the Order of Mass.

This is probably the most common of the liturgical abuses. A priest is never meant to deviate from prescribed, official Order of Mass. I sometimes wonder, what more could you be adding to the texts? Those prayers and rubrics are so rich, so meaningful, so powerful.

In some places, you hear priests, or readers change or ignore the male references to God in readings or prayers, or using unapproved or inaccurate translations of Scripture at Mass. Or changing words like “that my sacrifice and yours”, to “our sacrifice”, or sometimes saying prayers aloud that are meant to be said quietly when the priest is preparing the gifts for consecration. Some priests also invite the congregation to join in prayers meant for the priest alone.

A priest may not choose to remove or change the penitential rites. There are quite a number of variations he can follow, but they must be according to prescription. He also cannot give general absolution to replace individual confession and reconciliation. During the “Sign of Peace” which BTW is optional, a priest may not go to exchange greetings with the congregation. He is to stay in the sanctuary.

I have actually witnessed a priest changing the “Gloria”, exchanging it with a simpler and shorter version that the congregation seemed to have already memorized. However, this is wrong. The General Instruction of the Roman Missal (GIRM) says:

The Gloria is a very ancient and venerable hymn in which the Church, gathered together in the Holy Spirit, glorifies and entreats God the Father and the Lamb. The text of this hymn may not be replaced by any other text. The Gloria is intoned by the priest or, if appropriate, by a cantor or by the choir; but it is sung either by everyone together, or by the people alternately with the choir, or by the choir alone. If not sung, it is to be recited either by all together or by two parts of the congregation responding one to the other. – 53.

In some cases you find a priest wearing blue during Marian feasts or using non-prescribed bread during children’s mass.

These are all unlawful and offends God and his Church. Such deviations also deprive the faithful of authentic liturgical experience.

“Regulation of the sacred liturgy depends solely on the authority of the Church, that is, on the Apostolic See and, as laws may determine, on the bishop. Therefore no other person, even if he be a priest, may add, remove, or change anything in the liturgy on his own authority” – Constitution on the Sacred Liturgy, 22.

No one has the right to interrupt the Mass: not the priest, nor the faithful. It is permitted for the priest or the catechist, lector to make general announcements before dismissal of Mass. But no priest may stop the mass for any activities, plays or entertainment, “liturgical dance (BTW, the word “liturgical” doesn’t magically legalize anything illicit), give financial reports or host some launching for funds.

“In addition, pastors shall not neglect to ensure prudently and charitably that in the liturgical services and more especially in the celebration of Mass and the administration of the sacraments and sacramentals the equality of the faithful is clearly apparent and that any suggestion of moneymaking is avoided” – Inter Oecumenici, Sacred Congregation of Rites, 35.

“There is to be a homily on Sundays and holy days of obligation at all Masses that are celebrated with the participation of a congregation; it may not be omitted without a serious reason. It is recommended on other days, especially on the weekdays of Advent, Lent, and the Easter Season, as well as on other festive days and occasions when the people come to church in greater numbers” GIRM 66

No one who isn’t a deacon, priest or bishop may give the homily unless from such a group that has obtained dispensation to speak.

There are parishes where the pews are built without kneelers to discourage people from kneeling during mass. In some cases, the ushers actually tell people to stand when they’re trying to kneel. Kneeling down is an honor to Christ who is really present at Mass. No priest or usher has the right to mandate your posture, only the Church can. Everyone at mass should be uniform in sitting, standing, kneeling. Unless one is ill, participating at mass means joining with the congregation in prescribed prayers, gestures and postures. Faith should be held in the heart and also expressed outwardly: joining the Church means expressing this faith and everyone has the right to do this. You are required to bow at the words “by the power of the Holy Spirit” during the creed, you are required to genuflect when you’re passing the Eucharist or enter a Church where Jesus is present. And the parish isn’t allowed to hide the Eucharist, but it should:

“placed in a part of the church that is prominent, conspicuous, beautifully decorated, and suitable for prayer” (CIC 938).

No one is permitted to change the manner of reception of the Eucharist. There are some countries where the Eucharist may be received by hand. Even though this practiced is frowned upon, and rightly so, it is allowed in some countries. However, universal Church law does not permit this. Also, in those countries, people also have the right to choose to receive in the mouth. The chalice may not be left for people to pick up and drink from nor are they allowed to dip the host into the chalice. The priest must distribute both the body and blood of Christ. Each person receives the chalice from the priest and drinks, or just receives only the host.

The priest may not sit and allow even the Eucharistic ministers to distribute communion as a routine.

“But these encouraging and positive aspects cannot suppress concern at the varied and frequent abuses being reported from different parts of the Catholic world: the confusion of roles, especially regarding the priestly ministry and the role of the laity (indiscriminate shared recitation of the Eucharistic Prayer, homilies given by lay people, lay people distributing Communion while the priests refrain from doing so); an increasing loss of the sense of the sacred (abandonment of liturgical vestments, the Eucharist celebrated outside church without real need, lack of reverence and respect for the Blessed Sacrament, etc.); misunderstanding of the ecclesial character of the Liturgy (the use of private texts, the proliferation of unapproved Eucharistic Prayers, the manipulation of the liturgical texts for social and political ends) . In these cases we are face to face with a real falsification of the Catholic Liturgy: “One who offers worship to God on the Church’s behalf in a way contrary to that which is laid down by the Church with God-given authority and which is customary in the Church is guilty of falsification.” – INAESTIMABILE DONUM[7]

If you have more examples, add them in the comment section. What is happening in your local community? If you witness abuse, report to your local bishop or his office. It is our work: lay people and ordained ministers to keep the liturgy pure. 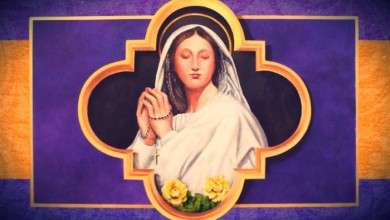 Did Matthew, Mark, Luke, and John Really Write the Gospels?