South Africa’s withdrawal from the International Criminal Court could encourage a large-scale African exodus from the court and entrench impunity, warned the justice and peace commission of the Southern African Catholic Bishops’ Conference.
South Africa announced on October 21 that it would withdraw from the court, which is tasked with prosecuting war crimes, crimes against humanity and genocide.
“Given the increasing levels of political instability, manipulation of terms limits and democratic reversals,” Africa needs strong deterrence mechanisms against genocide and other crimes “that shock the conscience of humanity,” the commission said in an October 24 statement.
Urging the government to reconsider its decision, the commission said South Africa’s ruling African National Congress “must show the high moral ground that was its trademark during apartheid and stand in solidarity with the victims of human rights violations in Africa.”
South Africa plays a leadership role on the continent, and countries in the region “certainly take note of what we do and follow our example,” Mike Pothier, research coordinator for the parliamentary liaison office of the bishops’ conference, said in an October 24 telephone interview.
At the same time, more than 30 religious leaders in South Africa said the country has a constitutional crisis and called for investigations into “an enormous leakage of state funds.”
South Africa has one of Africa’s strongest economies, and its post-apartheid constitution is among the most widely respected in the world.
The crisis “manifests itself in leadership and political factional conflicts in public institutions,” the leaders, including Bishop Sithembele Sipuka of Umtata, said in an October 21 statement after a two-day meeting in Johannesburg.
These conflicts, including President Jacob Zuma’s battle with his finance minister over control of state finances, create instability and distract attention from South Africa’s fundamental challenges, such as job creation, they said.
South Africa’s official unemployment rate is close to 30 per cent.
“The fierce factional battles” within the ruling party, “as well as the use of state institutions to fight such factional battles, are not in the interests of the poorest of the poor,” the justice and peace commission said in an October 17 statement. 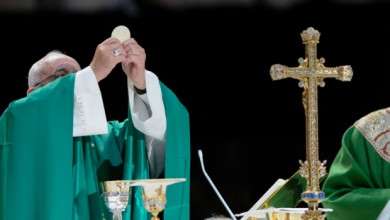