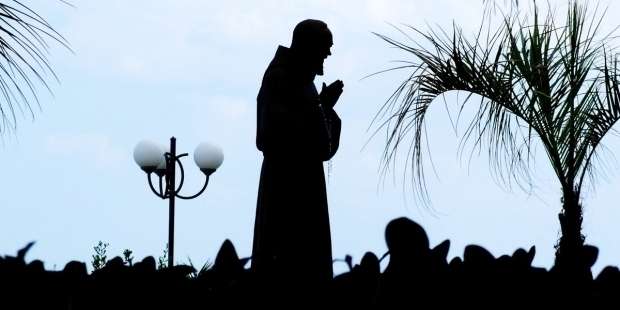 Spiritual son of Padre Pio now on path to beatification

Br. Modestino’s family were neighbors to Padre Pio, and the famous saint even babysat Modestino’s brother.

Growing up in Pietrelcina, Damiano Fucci heard much about Padre Pio. According to an article on the Italian edition of Aleteia by Don Marcello Stanzione, Damiano’s “mother, Anna, was the same age and neighbor of St. Pio. The respective families had a small farm in Piana Romana, where Damiano’s mother and Padre Pio often met as children.”As Anna grew and started to raise a family, Padre Pio would occasionally lend a helping hand at their farm, babysitting her younger children.

To help Anna, busy with the efforts in the fields, Padre Pio sometimes agreed to look after little Antonio, the first of the three children of the Fucci family.

When Damiano came along, he would hear many stories about Padre Pio, and eventually sought him out as a young adult.

The Catholic News Agency reports that, “In 1940, Damiano went to find the man he had heard so much about at the monastery in San Giovanni Rotondo. After Damiano made a confession, the stigmatic priest encouraged the 23-year-old Damiano to ‘walk straight‘ and gave him his blessing.”

Initially Damiano felt a call to become a Benedictine, but was warned by Padre Pio of a possible disaster.

Padre Pio told him it was not his calling to join the Order of St. Benedict. He added that the young man could go to Rome if he wanted, but predicted that a “very ugly disaster” would happen to him there. (Three years later, Padre Pio’s prediction came true when the Benedictine abbot and a brother were killed by robbers.)

This led Damiano to become a Capuchin friar and adopt the religious name of Modestino. After the death of Padre Pio, Modestino was transferred to San Giovanni Rotondo and became the community’s porter, where he would listen to all the visitors, receive their prayers and assure them of Padre Pio’s heavenly intercession.

Modestino spent many hours in prayer before the tabernacle and offered his life and suffering for sinners. In many ways he sought to imitate the holy example of Padre Pio and was a true “spiritual son.”

He later published an autobiography, “Io … Testimonie del Padre,” in which he related many stories about Padre Pio.

Br. Modestino da Pietrelcina died on August 14, 2011, at the age of 94. Archbishop Franco Moscone of Manfredonia-Vieste-San Giovanni Rotondo opened the cause for his beatification in July 2020, explaining that he had a “reputation of holiness.”

Padre Pio during a Christmas mass

Padre Pio walking among the faithful with a chalice. 1960.