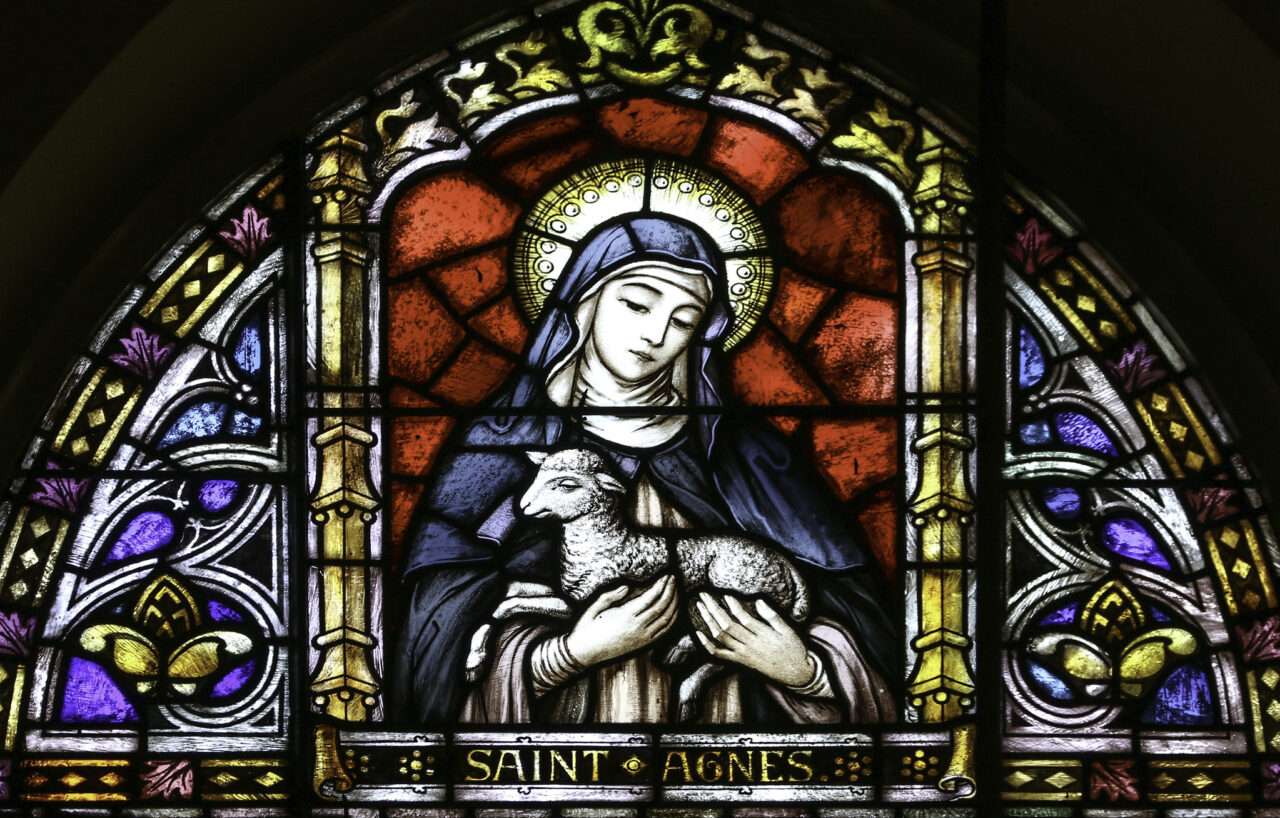 Our Lady appeared to St Agnes of Montepulciano and allowed her to hold and Caress Baby Jesus.

St Agnes was a “lesser-known” Dominican saint who was revered by her religious sisters, including St. Catherine of Siena.

The Dominican Order has a handful of women who are canonised saints. The two best known are St. Catherine of Siena, the stigmatist and Doctor of the Church, and St. Rose of Lima, the first woman canonised a saint from the Americas.

Another three are St. Margaret of Hungary, St. Catherine de Ricci, the stigmatist, and lastly, the saint in question, St. Agnes of Montepulciano.

St. Agnes, who may be the least known of these five, has a fascinating story of her own. In fact, it was St. Catherine of Siena who knelt by Agnes’ incorrupt body and said, “Our Mother, the Glorious Agnes.” As Catherine bent forward to kiss the foot of Agnes, it rose up so Catherine could easily reach it. St. Agnes had died some 70 years before that moment.

It was on January 28, 1268, that a baby girl was born into the wealthy De Segni family, in Montepulciano, located in the Papal States (central Italy). The child was named Agnes, and from an early age, she displayed an outward and obvious devotion to God.

By the time St Agnes was six years old she was asking her parents to please allow her to enter the convent. When they told her she was much too young, she pleaded with them to move closer to the convent so she could be near it. On one occasion Agnes was traveling to Montepulciano with her mom and some of the household. The group passed by a house that was up on a hill and was known as a place of ill repute. Suddenly, a flock of screaming crows soared down from above and attacked little Agnes.

With claws outstretched and beaks flailing, they scratched and clawed at the seven-year-old girl, causing her to bleed from her head and arms. The women in the group had to fight the shrieking birds off by waving their shawls and yelling at them. The ladies knew that the evil in the nearby house did not want St Agnes anywhere near it. It had been a demonic attack. Years later, Agnes would build a convent on that very site.

Move to the Convent

By the time this child was nine years old she had convinced her parents to allow her to enter the convent. She was so young that this was against Church law, but Pope John XXI gave Agnes permission to enter the Franciscan monastery. The nuns who lived there were known as the “Sisters of the Sack” because the garments they wore were so coarse. Nine-year-old Agnes happily wore it every day.

When Agnes was 15, she found herself in need of another special dispensation. This time it was so she could become the abbess of a new convent in Proceno. Though she desired to be in a contemplative state where she could simply pray and commune with the Lord, she did not complain and humbly followed the path that always seemed to appear before her.

On her day of consecration as abbess, showers of tiny white crosses floated down inside the chapel on the people below. Being a 15-year-old abbess was unheard of, and everyone took this as a sign of heaven’s pleasure with Agnes.

Agnes was graced with many visions. Probably the most legendary and the one for which she is best known is when Our Lady appeared to her holding the Baby Jesus in her arms. Our Lady allowed St Agnes to hold Him and caress Him. Another time the Blessed Mother gave Agnes three stones and told her to keep them in honor of the Blessed Trinity. She told Agnes that one day she would need them.

St Agnes had another vision, which told her that she was to leave the Franciscans and join the Dominicans. In 1306 she was asked to return to Montepulciano to build a new convent. She had no money, but she did have the three stones the Blessed Virgin had given to her. Using the three stones as a “cornerstone,” she raised money and built the convent. The sisters embraced the Rule of St. Augustine and joined the Dominican Order.

Sister Agnes died on April 20, 1317. It is said that the children of the city woke up the next morning and sadly cried out, “Holy Sister Agnes is dead.”

Agnes was canonized a saint by Pope Benedict XIII in 1726. The Dominicans celebrate her feast day on April 20.

St. Agnes of Montepulciano, please pray for us.