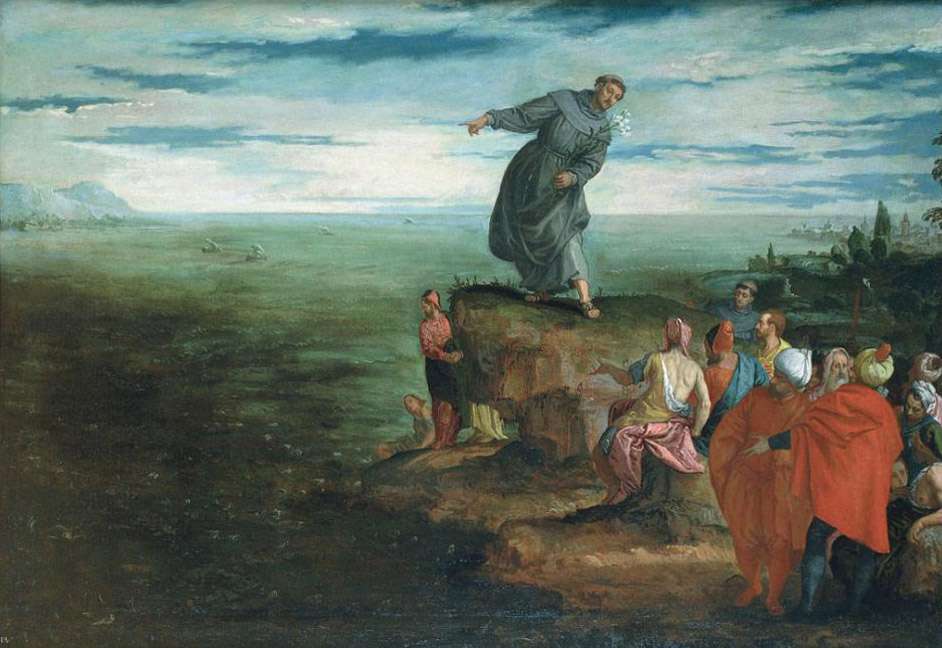 There are many stories from the life of St Anthony that are hard to believe or understand. Some of such stories highlight his sanctity of union with God and his ‘primacy‘ over animals. This is a gift enjoyed by a couple of saints who were able to talk to animals. This story of Saint Anthony preaching to the fish is so unbelievably amazing. While he was preaching to the people at Rimini, many of his words fell on deaf ears.

This shows that no matter how holy the preacher is, the words can still fall on deaf ears. COnsider even the life of Jesus himself, can you imagine ever refusing anything He’d say?

What happens next is thrilling:

“At last St Anthony, inspired by God, went down to the sea-shore, where the river runs into the sea, and having placed himself on a bank between the river and the sea, he began to speak to the fishes as if the Lord had sent him to preach to them, and said: “Listen to the word of God, O ye fishes of the sea and of the river, seeing that the faithless heretics refuse to do so.“

No sooner had he spoken these words than suddenly so great a multitude of fishes, both small and great, approached the bank on which he stood, that never before had so many been seen in the sea or the river. All kept their heads out of the water, and seemed to be looking attentively on St Anthony’s face; all were ranged in perfect order and most peacefully, the smaller ones in front near the bank after them came those a little bigger, and last of all, where the water was deeper, the largest.”

After a massive amount of fish started popping up everywhere, it didn’t take long before everyone recognized this as a miracle driving home the words of the Saint. Miracles have always been seen as a sign of God’s approval of the message preached.

“And the people of the city hearing of the miracle made haste to go and witness it. With them also came the heretics of whom we have spoken above, who, seeing so wonderful and manifest a miracle, were touched in their hearts; and threw themselves at the feet of St Anthony to hear his words. The saint then began to expound to them the Catholic faith. He preached so eloquently, that all those heretics were converted, and returned to the true faith of Christ; the faithful also were filled with joy, and greatly comforted, being strengthened in the faith.”

Articles Life of Saints People and History Stories No Comments