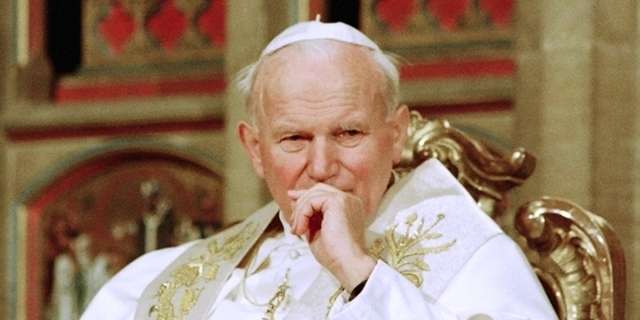 He firmly believed that evil and violence in the world could only be defeated with goodness.

It is tempting to “fight fire with fire,” especially when dealing with violence or injustice in the world.

However, St. John Paul II believed that fighting evil with more evil would only create problems.

In a message for the Word Day of Peace in 2005, the Polish pontiff explained his reasoning.

For the theme of this 2005 World Day of Peace I have chosen Saint Paul’s words in the Letter to the Romans: “Do not be overcome by evil, but overcome evil with good” (12:21). Evil is never defeated by evil; once that road is taken, rather than defeating evil, one will instead be defeated by evil. The great Apostle brings out a fundamental truth: peace is the outcome of a long and demanding battle which is only won when evil is defeated by good.

This can be a challenging message, especially when we feel threatened by evil in the world.

Yet, St. John Paul II remains steadfast in his message to combat evil, in all its forms, with good.

If we look to the present state of the world, we cannot help but note the disturbing spread of various social and political manifestations of evil: from social disorders to anarchy and war, from injustice to acts of violence and killing. To steer a path between the conflicting claims of good and evil, the human family urgently needs to preserve and esteem that common patrimony of moral values bestowed by God himself. For this reason, Saint Paul encourages all those determined to overcome evil with good to be noble and disinterested in fostering generosity and peace (cf. Rom 12:17-21) … This fight can be fought effectively only with the weapons of love. When good overcomes evil, love prevails and where love prevails, there peace prevails.

If we desire peace in the world and an end to division and violence, we must counteract it with charity and goodness. Otherwise we will be only adding fuel to the flames.

Read more:
Prayer for peace and harmony to spread over the earth