Stone altars have a rich history in the Catholic Church, one that has multiple levels of symbolism.

In constructing a Catholic church, the General Instruction of the Roman Missal advises, “In keeping with the Church’s traditional practice and with what the altar signifies, the table of a fixed altar should be of stone and indeed of natural stone.”

This particular requirement refers to the top of that altar, while the rest of the structure can be made of various materials, such as wood.

Why is that? What is the significance of stone?

First of all, the General Instruction explains, “It is desirable that in every church there be a fixed altar, since this more clearly and permanently signifies Christ Jesus, the Living Stone.” This refers to multiple scripture passages, such as, “You are fellow citizens with the holy ones and members of the household of God, built upon the foundation of the apostles and prophets, with Christ Jesus himself as the capstone” (Ephesians 2:19-20).

Even Jesus referred to himself as the “cornerstone.”

Jesus said to them:

“Did you never read in the scriptures: ‘The stone that the builders rejected has become the cornerstone; by the Lord has this been done, and it is wonderful in our eyes’?” (Matthew 21:42)

Historically speaking, stone has the added dimension of recalling the first Christians, who celebrated Mass on the top of stone tombs in the catacombs, remembering Jesus’ sacrifice on the cross and the placement of his body in a stone tomb.

Nikolaus Gihr explains this history in The Holy Sacrifice of the Mass.

In the Catacombs, as a rule, the martyr’s grave, covered with a stone slab or with a large stone projecting from its side, formed the altar for the celebration of the Sacrificial Mysteries. This form of altar reminds us of the stone on which the martyred Body of Christ reposed when in the sepulchre, and, consequently, of the death of Christ. — Christian altars were, therefore, formerly made of wood and sometimes of stone; they were in the shape sometimes of a table and sometimes of a coffin.

While its not always possible to construct an altar out of stone. When it is, the profound symbolism is able to shine through and remind us of Jesus’ sacrifice. It also reminds us how we are to place our faith firmly on the “rock” of Jesus Christ.

8 up-lifting bible verses for when you’re down 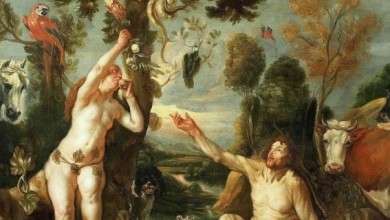 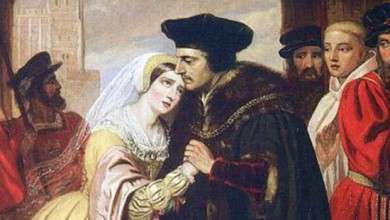 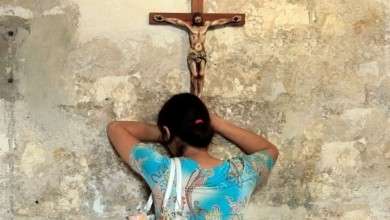