The three cases will ask the justices to decide whether federal law barring discrimination based on ‘sex’ applies to ‘gay’ and ‘transgender’ employees.

WASHINGTON — The U.S. Supreme Court will begin its 2019-2020 term with a thunderclap: a trio of cases that could result in the extension of federal employment protections that now bar discrimination based on “sex” to encompass workers who identify as “gay” or “transgender.”

“When Title VII passed in 1964, there is no question that Congress at that time did not intend to include gender identity or sexual orientation, and most appellate courts have recognized that,” said Eric Kniffin, a Colorado-based attorney who specializes in religious-freedom issues in the workplace.

“But some courts have opened up these cases” to a different statutory interpretation, Kniffin told the Register, and a Supreme Court ruling that sides with the employees’ argument could have far-reaching consequences for religious employers in particular.

On Oct. 8, the justices will first hear consolidated oral arguments for Altitude Express v. Zarda and Bostock v. Clayton County, two cases brought by employees who contend that their sexual orientation led to their dismissal.

They claim that this action violated Title VII of the Civil Rights Act of 1964, though the language of the statute does not specify legal protection for employees fired because of their sexual orientation.

The employers counter that when Congress passed Title VII more than a half-century ago, it never intended that the law prohibit discrimination based on other categories like sexual orientation.

The federal statute, they say, simply asks employers to treat members of one sex no differently than the opposite sex, and if it is time to revisit that law, Congress, not the courts, should do so.

On the afternoon of Oct. 8, the court will hear arguments in R.G. & G.R. Harris Funeral Homes Inc. v. Equal Employment Opportunity Commission, which will provide an opportunity for the justices to weigh in on the politically sensitive challenges posed by transgender rights.

In this case, a male funeral home employee who was hired in 2007 was fired in 2013 after revealing plans to live as a woman.

The funeral homeowner, a Christian, testified that he fired the employee because “[he] wanted to dress as a woman.”

The employee filed a complaint with the Equal Employment Opportunity Commission, asserting that discrimination based on gender identity violated Title VII. The commission agreed.

The U.S. Court of Appeals for the Sixth Circuit reversed a lower court decision in favor of the funeral home, and the Supreme Court agreed to rule on the matter.

The justices must now decide whether Title VII bars discrimination against transgender employees “based on 1) their status as transgender or 2) sex stereotyping under Price Waterhouse v. Hopkins, 490 U.S. 228 (1989).”

The Price Waterhouse ruling made it possible for workers to sue their employers for gender stereotyping as a form of sex discrimination.

However, U.S. Solicitor General Noel Francisco argued in a brief that the Equal Employment Opportunity Commission made the wrong call in this case and that the specific language of Title VII must guide the justices’ decision.

“Title VII’s protections apply fully to transgender individuals,” read the brief, “but the fact that a plaintiff is transgender does not change the legal standard or analysis.” Like any plaintiff in a Title VII case, a person who identifies as transgender must show “that an employer treated members of one sex less favorably” than members of the opposite sex in the same position.

Meanwhile, the three cases have raised fears that the extension of Title VII protections to these groups would almost certainly threaten the religious freedom of faith-based schools, hospitals and other institutions that adhere to biblical teaching on marriage and sexuality. And recent headlines suggest there is cause for such concern.

Last summer, a male teacher in a same-sex civil union sued the Archdiocese of Indianapolis after the local archbishop directed a Catholic high school under his jurisdiction not to renew the faculty member’s contract.

In California, a Catholic hospital was sued by a patient “transitioning” to the opposite sex after her hysterectomy was canceled, and a state court sided with the plaintiff in allowing the lawsuit to proceed.

The U.S. Conference of Catholic Bishops, the Southern Baptist Convention and the Anglican Church of North America were among seven religious organization that jointly filed a brief in one of the cases, registering their concerns.

“[C]ompelling a church by law to hire and retain employees who, by speech or conduct, do not espouse or have not integrated its mission and message into their own lives, or who, by their speech or conduct, contradict that message, would invariably bring harm to a church,” read the amicus brief. “It would also undercut the church’s right to decide for itself what its mission and message are.”

The brief tapped into originalist legal arguments that oppose the use of the courts to secure rights that have not been granted by Congress, asserting that U.S. lawmakers have the tools to craft legislation that can address a broad range of concerns and requirements.

Douglas Laycock, a professor at the University of Virginia Law School and a leading authority on religious-freedom issues, agreed that the three cases raise a number of thorny questions for the justices and could result in legal action against religious employers.

“The Title VII cases are a real test for the conservatives” on the high court, most of whom describe themselves as “textualists,” said Laycock, referencing a school of jurisprudence that grounds legal decisions in statutory language.

“The text says no discrimination on the basis of sex.”

That said, Laycock noted that in 1964 U.S. lawmakers could not have foreseen the rise of newly identified “sexual rights.”

“So is it the meaning of the text, or the unstated assumptions of those who drafted the text? Or the social and political predilections of the justices?” he asked, and he suggested that a “5-4 vote on ideological lines” was more than likely.

When asked to consider how a ruling that extended Title VII protections to these employees might affect faith-based institutions, he replied that a religious exemption could be carved out, but questioned whether “LGBT” activists would permit it.

If the justices rule that Title VII protects these plaintiffs, the “existing Title VII exemptions might protect religious organizations, but the gay-rights side disputes that too,” he noted.

“And the existing exemptions could not protect religiously motivated businesses. They would have to appeal to RFRA [the federal Religious Freedom Restoration Act] or the Free Exercise Clause.”

Luke Goodrich, an attorney with Becket, a public interest group that represented EWTN Global Catholic Network, the Register’s parent company, in its legal challenge to the Health and Human Services’ contraceptive mandate, and the author of the forthcoming Free to Believe: The Battle Over Religious Liberty in America, agreed that a victory for the plaintiffs in these three cases would expose “thousands” of religious employers to liability.

He also suggested there was good reason to wait for U.S. lawmakers in Washington to take up the matter of expanded LGBT protections and pointed to the passage of related legislation at the state level.

”Twenty-two states have already adopted legislation prohibiting discrimination based on gender identity or sexual orientation, and in every single state, they also included a broad religious exemption — even broader than what is now in Title VII,” Goodrich told the Register. “When you handle these issues legislatively, the legislature can grapple with how to protect LGBT individuals and religious freedom.”

Taking a Back Seat

Still, experts predict that religious-liberty concerns will take a back seat in the oral arguments for these cases, leaving the justices to focus on the language of Title VII and the intent of Congress.

But the deliberations also come with a few wild cards.

For starters, the history of these three cases features sharply divided opinions at the appellate level, suggesting that the high court’s proceedings will reflect dueling interpretations of the statutory language.

Likewise, in the wake of the court’s 2015 legalization of same-sex “marriage,” rising acceptance of LGBT rights in U.S. politics, culture and the workplace will exert enormous pressure on the justices to secure additional protections for this group.

This summer, 206 corporations, including Apple, Facebook, Uber, Walt Disney and Coca-Cola, called on the justices to extend Title VII protections to LGBT employees and said that uniform rules governing such matters across the country would provide a welcome “consistency and predictability.”

These fast-moving developments, coupled with the recent revival of attacks on the reputation of the court’s newest member, Justice Brett Kavanaugh, have introduced a measure of uncertainty to the outcome of these three cases.

Kavanaugh replaced the court’s perennial swing vote, Justice Anthony Kennedy, the author of the majority opinion in its 2015 ruling that redefined marriage in the United States and in three other related cases.

Now, the release of a new book, The Education of Brett Kavanaugh: An Investigation, which retraces his years in high school and college, and introduced a “previously unreported” allegation of sexual misconduct against him that has been widely discredited, marks an escalation in the ongoing battle over the high court’s direction on cutting-edge social issues.

The book’s critics have framed the uncorroborated allegation as an attempt to both influence the justice and delegitimize his record, as the court skews more socially conservative and Roe v. Wade hangs in the balance.

“The pending Title VII cases are probably the most significant test so far of what the substitution of Brett Kavanaugh for Anthony Kennedy means for the court,” Gerard Bradley, an expert on the Constitution at the University of Notre Dame Law School, told the Register. “It is practically certain that Kennedy would have sided with the ‘gay’ and ‘transgendered’ plaintiffs.

“Kavanaugh is not the social-conservative justice that Clarence Thomas is or Antonin Scalia was. But there is a sound and somewhat narrow legal argument against these plaintiffs, and Kavanaugh is likely to embrace it,” said Bradley. “If he does not, it will be a catastrophic omen.” 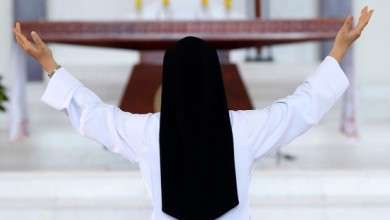