The other day I read a charming GQfeature on the do’s and don’ts of naming babies in the modern world. As someone who has had this privilege seven times over, andwho likes to gripe about how the culture is going to hell, I took a specially keen interest in it. And I could not disagree with its major premise:

Now, I’m guessing that there aren’t many Jazzmins running around Catholic homeschool co-ops, or sitting in the front pew with mantillas on. But when it comes to baby-naming, we Catholics have our own temptations, and pitfalls to avoid. And so we need our own rules. Let me propose a few:
1. Meet the new names, same as the old names.
In a classroom full of Baylynns and Apples, former standbys like Mary and John are now unusual, if not downright subversive. Think of the opportunities when you take your daughter on a play date to her friend Linoleum’s house and you get asked if “Mary” was like, a family name or something. What a chance to evangelize! Or mess with their heads. Either way.
2. Curb the impulse to saddle your newborn with the most obscure saints’ name you can find.
But maybe your taste in saints’ names runs to the more exotic. This is a special temptation for parents with even a little training in theology or history. Fine, but be careful.
True, St. Artaxes is a wonderful example of an early witness for the Faith; yeah, Quadragesimus  was a shepherd who raised a guy from the dead; but the momentary satisfaction of re-introducing these names to the world by attaching them to your offspring is not worth the grief Artaxes will feel going through life with people thinking he was named after a minor deity from Scientology, or that you will suffer every time you have to spell out young Quaddy’s full name when you sign him up for soccer.
We have a wide range of names available to us, new parents. But if you absolutely must dig down deep into Butler’s so that the world will know your little daughter is under the patronage of Queen St. Kundegunda of Poland, hey, that’s what middle names are for. But that brings us to another rule.
3. Go easy on the middle names.
A common tic of Catholic families that I have noticed (and have demonstrated myself) is to introduce or refer to their children by alltheir names. Instead of, “This is my oldest, Bill, his sister Sarah, and little Henry here just turned one,” we get, “Here’s Joan Clare Marie, her brother John Paul Aquinas de Sales, and I believe you’ve already met Michael Augustine Loyola Chesterton. We call him ‘Kolbe.’”
The middle name is a wonderful place to stash more obscure saint names or testaments to personal heroes (I’ve done it). And the temptation can be strong to keep the music going: One more heavenly patron can only be a good thing, right? Not to mention, you worked hard to make that baby and keep him alive; the least he can do is be a sort of walking billboard for your spiritual and historical interests.
But moderation, moderation. There’s a fine line between jolly plenty and wretched excess. Leave some names for the rest of us.
4. Get a good night’s sleep before you sign anything.
My wife and I once failed to heed this and ended up giving one child a middle name after a character from a Broadway musical. We’ve all since agreed to pretend we didn’t.
5. Call him Ishmael?
Some Catholic parents don’t feel the need to give their eldest son middle names after each and every one of the Martyrs of Agaunum(first name: Steve). They prefer to go digging into the Old Covenant.
I admit that this has always puzzled me a tad. Once I heard it plausibly asserted that the practice of giving Old Testament names is a particularly American and Protestant one. Without a canon of saints, without the living presence of Christian history around them, New World Protestants marked out their own tradition with a slew of Jemimahs and Jebediahs.
I don’t know if that’s true, but it is true that names like Jacob and Noah, Abigail and Hannah, consistently find their way near the top of annual American baby-name lists. (Then again, so does “Madison,” a girl’s name that started out as a joke in the 1984 Tom Hanks filmSplash. Who knew?)
There’s no absolute reason, I suppose, why Catholics ought to avoid Old Testament names. We honor Jacob, David, and the rest for the part they played in salvation history. But if it’s true, as I hear anecdotally, that once upon a time it was expected for Catholics to go with saints’ names and only saints’ names (with some priests even refusing to baptize children without one), well, I can understand why. To me it makes sense to want to shine the brightest light on those models of faith who knew and lived for Christ by name.
6. For God’s sake, don’t name your child “Todd.”
There was no such saint, or prophet, or patriarch. And it rhymes with “odd.” Other kids will figure that out.
By Todd Aglialoro 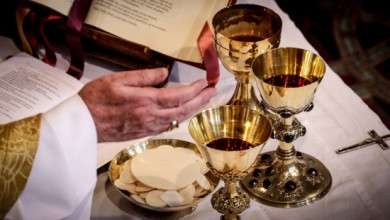 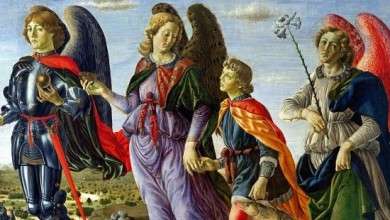 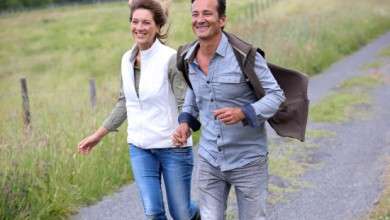