Mgr. Dieudonné Nzapalainga, the Archbishop of Mangui, capital city of Central Africa was reported by many media to be kidnapped and later released in the Mangui’s Central Mosque located at Km5 in Mangui by the muslim.
The Archbishop alongside a delegate sent from Vatican visted the Central mosque in Mangui on Monday 26th of October to discuss how to make suitable preparations for the Pope’s forth visit to Bangui in November 29-30.
The Archbishop said “Only a group of young people threatened us. The Imam and the rest of those present condemned the incident, apologizing to us for what happened. I made a statement in which I said that those who threatened us are my children and as a father I must forgive them”. “Unfortunately, this incident blew out of proportion and several incorrect things were written by several media and press firms”
“However, several people of Muslim faith called me to express closeness, stressing that everyone is waiting for the Holy Father’s visit” Mgr. Dieudonné Nzapalainga said. 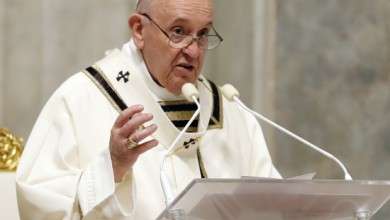 Pope speaks on one of his favorite Gospel passages, explains where to find strength