A classic work, published in 1930, helps to fill in the gaps left by the Gospels

It is Holy Week, thus hard to engage with literature that is not specifically concerned with the great events of our salvation. What Jesus Saw from the Cross, by A G Sertillanges (Sophia Press) provides the answer: written by a French Dominican priest and scholar who had spent a year studying in Jerusalem in 1923 and first published in 1930, it is a compelling mixture of historical scholarship allied to a fine poetical imagination.
Taking the Crucifixion as his starting point, the author ranges over all the places and personalities intimately connected with the human drama taking place on Golgotha, such as the Upper Room, the Mount of Olives, Jesus’s loved ones, his enemies and his tomb. The story he tells gives the reader a perspective that fills out the Gospel narratives which, understandably, leave out many details that we would love to know.
Starting with a chapter on The View from the Cross, Fr Sertillanges brings to life the scene: “The noises of the city make themselves heard fitfully through this furtive silence. The cries of donkey drivers fill the void left by the silenced blasphemers. Camels pass with majestic tread, carrying their loads back to Jaffa or Damascus…The fig tree give forth their honeyed scent. At the foot of the Cross the red blossoms slowly increase and multiply. The hand of death, for a moment hesitating, relaxes its pitiless hold on the breast of Jesus. And then the Master opens His eyes…”
In his chapter on The Upper Room, in a reflection on the founding of the Church which is particularly pertinent to our own troubled times, the author writes: “There have been individual defections, many of them. There have been collective maladies. Yet it has always been a living Church that was sick… and the Church has not on that account been reduced to the state of a corpse…The Church does not die. The Church throbs with life, and the times of defection are precisely those which stimulate the Spirit to violent and wonderful reactions. Troubled times are times of sanctity and heroism…”
A final excerpt will suffice to show how deeply the author has immersed himself in the personalities surrounding Jesus in his last days and hours.
Meditating on Judas, “the man of Kerioth”, as the “intolerable thought” of his betrayal finally comes home to him, Sertillanges writes: “Then seeing himself repulsed [by the priests], left to his own resources and not finding in his heart the stuff of which true repentance is made, Judas becomes a prey to dark despair. The feeling of his moral desolation appals him. He is seized with a desire to fly, and the infinity of space seems not enough for his flight. He shuns the Temple, he shuns the city, he shuns life itself for which he has no further desire….He wants to find cleansing water apart from the fountain of life, and finding himself cast out, he sees his only refuge in death.”
Many thanks to Sophia Press for making this classic work available to a new generation of readers. 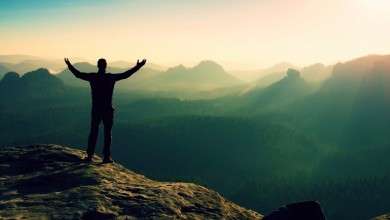 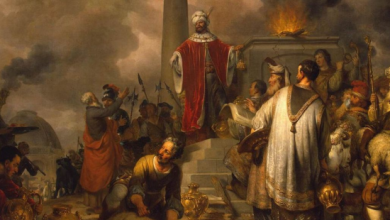 2,800-year-old altar confirms war between Israel and Moab, as documented in biblical texts

Why is it wrong to kill babies?